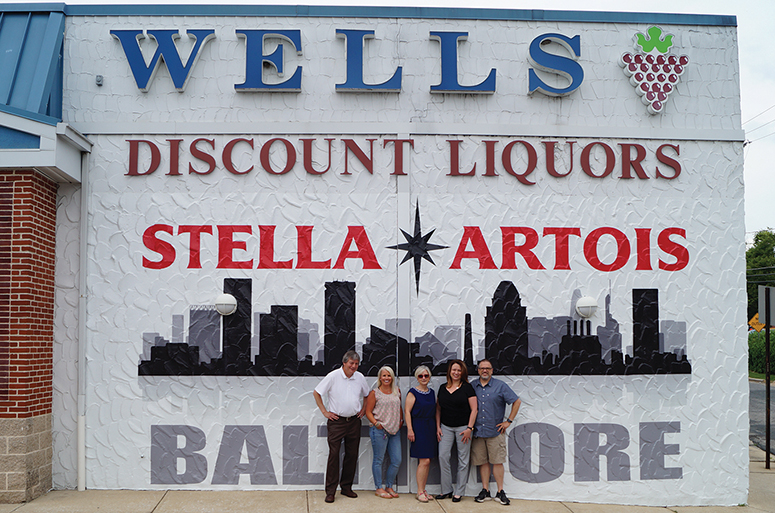 Over the last 18 years of writing for the Beverage Journal, I’ve penned numerous columns in which I profiled packaged-goods stores run by fathers and sons. But it’s rare when I come across an establishment operated by a . . . mother and daughter!

So it is with Wells Discount Liquors in Baltimore. JoAnn Hyatt and her daughter, Roxann Rogers, don’t just operate any store. Wells is one of the oldest and largest businesses of its kind around, first opened in 1937 and boasting more than 10,000 square feet of space. As such, it has one of the largest selections of wine, beer, and spirits you’ll ever see.

The story does have a bit of tragedy, though. Rogers said, “My father, Michael Hyatt, suffered a brain injury seven years ago. He had run the business for years, but Mom had to take over. I quit my career as a crisis/social worker to come help her. [chuckling] My counseling skills have helped a lot with the personalities that we have. But the tough part was the business and the buying was all new to me. There’s no manual on how to buy.”

Hyatt has been proud of her daughter’s transition. “She’s now one of my head wine buyers!” she stated. “She’s really taken to the business.”

Of course, everyone had to transition last year when COVID-19 hit. Wells Discount Liquors was no different. Both women look back on those first few months of the pandemic with a mix of emotions. Rogers recalls, “We weren’t letting people in for the first six to eight weeks. So, we stepped up our curbside service. People would call and we’d shop for them.” 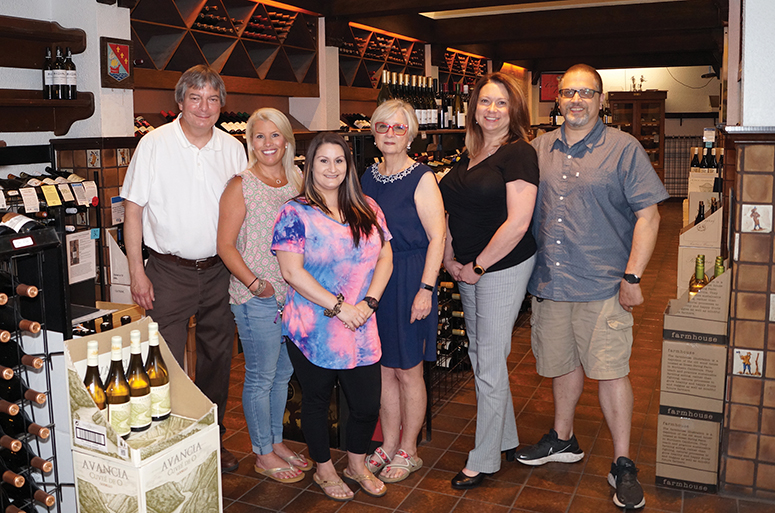 Wells only had six phone lines coming into the store at the time, and Hyatt and Rogers only had a handful of employees who would come to work during the health crisis. “Those lines were ringing!” Hyatt exclaims. “We were exhausted, because you took the orders and then you had to go shop for everybody! And you had to do it quickly, because they’d show up in your parking lot 20 minutes later. And in those 20 minutes, you’d taken five more orders over the phone.”

She continues, “The one thing I found really funny is the number of people who’d call and say, ‘I need to order wine. And the wine I like is in Aisle 4 . . .  and it has a bird on it!’ Some people would have no idea what the name of what they had been drinking was! But they knew where it was in the store, and they’d just walk there and grab it. Well, all of a sudden, they couldn’t do that. There were tons of customers like that! There were some situations where you said to the customer, ‘Look, this situation is awful for everybody. Trust us and let us pick out a wine for you.’ So many customers called us back and re-ordered what we picked for them. We’d have people say, ‘I’m just going to let you pick out our wines from now on!’ It actually worked out, because we got to expand on wines that you’d normally have to sell through tastings [and other means].”

Fortunately, there were certain long-time staffers that stepped up during that time as they had done before when Hyatt had to make the transition to store operator in the wake of her husband’s disability. Some of Wells’ staff give new meaning to the term long-time employees. Hyatt remarked, “Our oldest employee, Lee Grandes, has been here 38 years this October. He is our head wine buyer. He is Wells. Most people who come in think he owns the business! He’s an institution here. And Steve Eby is our receiving manager. He’s been with us for 37 years! I couldn’t run this business without them.”

Another thing that gives both ladies comfort is the helpful presence of the Maryland State Licensed Beverage Association (MSLBA) in Annapolis and statewide. When Hyatt does turn over the business to her daughter one day, she knows that she, the store, and the family’s legacy will have advocates in the state capitol. “I love how the MSLBA advocates for all of us,” Rogers said. “Whenever we have questions or concerns, they’re either there to answer those questions or help us navigate to where we can get the information.”

Hyatt concluded, “They’re fighting to keep the beer and the wine from going into the grocery stores. How much longer we can keep that going, I don’t know. But thank God, the MSLBA is still fighting!”