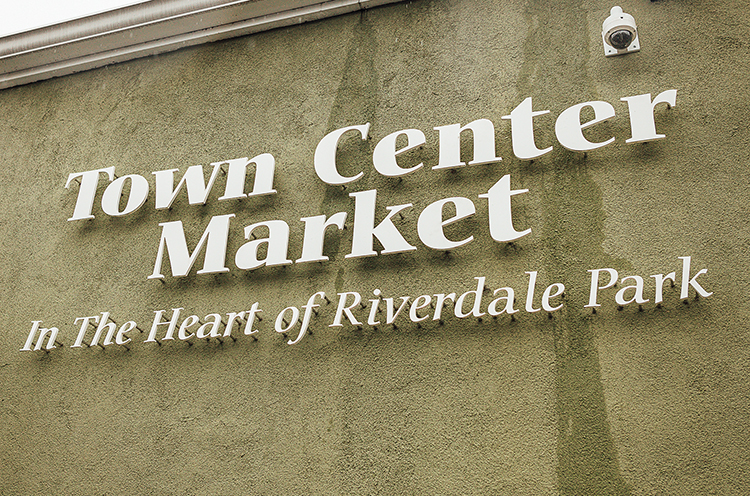 "I graduated from Clemson University in 1990. I graduated on Saturday, I drove home Sunday, and went to work
Monday … and I haven't stopped since!"

The Clemson alum is Jimmy Spiropoulos. His home is Maryland. His place of work? Town Center Market in Riverdale Park, a store his father Pete started in 1988 with the purchase of Dumm's Corner Market. The Spiropoulos family moved the business from that 1,700-square-foot location to its current and much bigger address on Queensbury Road in May 2012 and changed the name.

"My father basically signed over the business to [my brother Ted and I] years ago," Spiropoulos recalled. "But he still comes to work every day. He's 81, and you'll see him outside watering his beloved plants or cleaning up. We're here together on a daily basis, and it's been a good run." 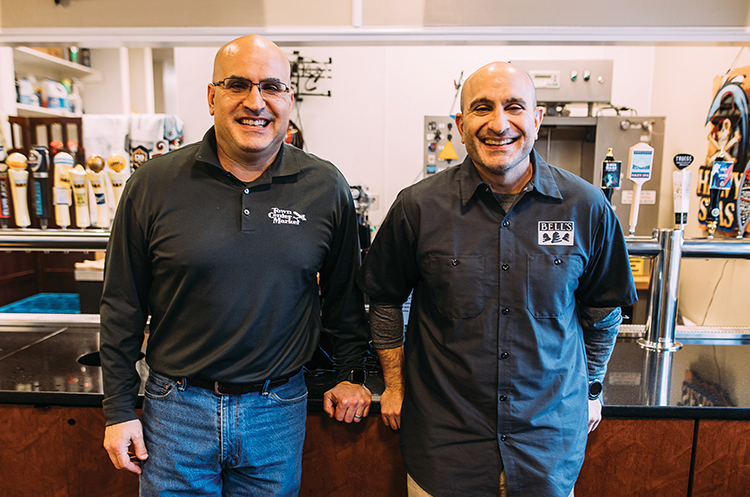 That said, he doesn't miss the old days at the former location. "The fruits of our labor never seemed to show there," Spiorpoulos said. "We were handicapped by space and lack of selection. Ever since we've been at Town Center Market, the hard work has definitely paid off. We've seen the growth. We've seen our customers more thankful for what we do."

He continued, "Town Center Market is unique in that we do so much all under one roof. We go to great lengths to cater to every demographic in Prince George's County. We have 34 taps along with an Austrian-made growler machine. So, there could be a customer getting a 'fill' at one end of the store, while at the opposite end someone could be purchasing a money order or making a bill payment. Typically, those two customers are from two different walks of life. But both are very important to us." 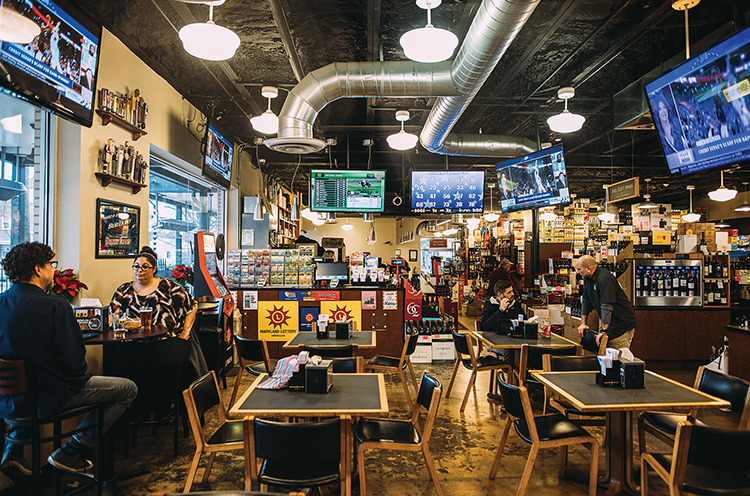 But Spiropoulos and family have seen their fair share of struggle. Four years ago in P.G., liquor stores were open six days a week and closed on Sundays. "At that point in time, Town Center Market was only a beer and wine store," he noted. "We didn't carry liquor, and that meant we were allowed to be open on Sunday."

When the county decided to let liquor stores open on Sundays, Spiropoulos went on what he called a "self-lobbying mission" in the state capital. "Delegate Anne Healey sponsored a bill that allowed stores like mine to be able to upgrade to sell liquor in order to better compete with the liquor stores that would now be open on Sunday," he stated. "The bill failed in subcommittee. That next year, we experienced a 30 percent loss in business on Sundays.  . . . Several of the delegation members who voted against me pulled me aside and said, 'We feel you're trying to get an upgraded license for free, and we think you should do what everybody else has done. Purchase a license if you can find one and petition to move it.'"

He ended up buying such a license for $200,000 three years ago. "Today, I still owe a $100,000 balance on it. And now, just a few weeks ago, a bill was submitted by Del. Wanika Fisher to allow beer and wine sales in all supermarkets countywide. I feel like my family has played by the rules over the years, and we get punished for doing the right thing."

It helps to have colleagues who know their way around state and local politics. One of the biggest allies has been the Maryland State Licensed Beverage Association (MSLBA). "Typically, the MSLBA doesn't like to get involved in the more local issues," Spiropoulos said. "But clearly they understand the impact of beer and wine in all grocery stores in Prince George's County. If beer and wine becomes available in P.G. grocery stores, it's just a matter of time before it's statewide."

As evidence of the potential dangers he and other store operators face, Spiropoulos pointed to Colorado. Starting in January 2019, beer -- just beer, not wine -- was allowed to be sold in all grocery stores in the state. "Thirteen months removed, the average drop in overall sales in Colorado liquor stores is 20 to 40 percent," he stated, "and 200 stores have gone out of business with more on the cusp of closing."

Spiropoulos plans to continue being vocal in hopes the county and state can avoid Colorado's dark fate. "We once employed four people," he concluded. "Now, we employ over 20. We have a small-group health plan in which I pay for four of my managers' health coverage in full. None of my employees are minimum-wage earners. We are what the county has promoted! The simple fact of the matter is a store like Town Center Market makes its living off selling alcohol. A store like Whole Foods does not."