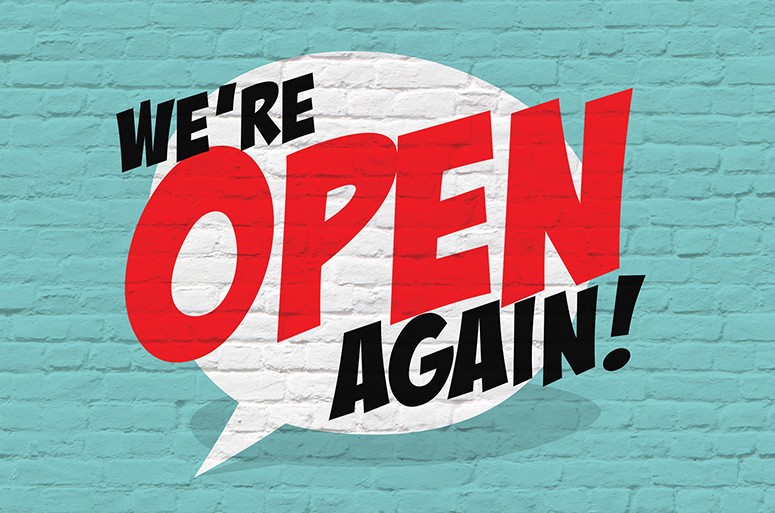 A great reopening is underway here in Maryland. The on-premise side of the industry has taken punch after punch since the onset of COVID-19.  With restrictions lifting, restaurant and bar proprietors face many obstacles on the road 'back to normal'.  Restrictions are being lifted and people are once again venturing out to stores and entertainment, attending live events, and (of course) eating and drinking out.

Ellicott City has been part of this comeback, but that’s no surprise. The historic district of this Howard County suburb has been in comeback mode for several years now, having weathered the devastating effects of not one, but two deadly and destructive floods that happened pre-pandemic. 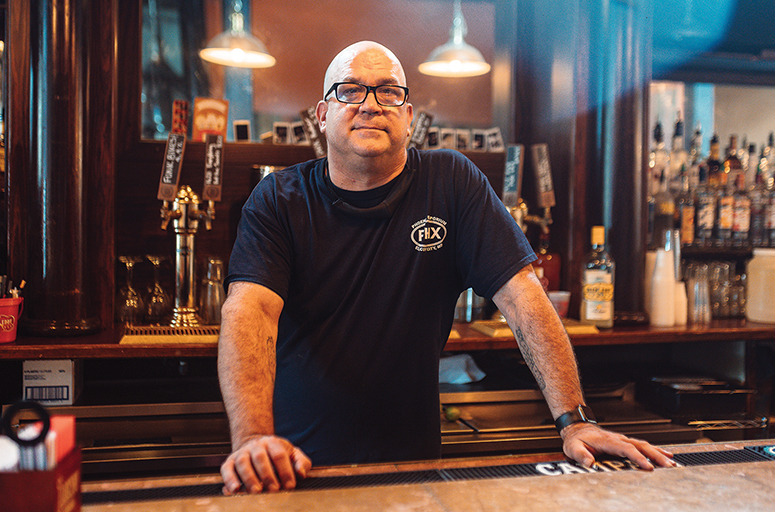 Among those who have survived and come out on the other side is restaurateur Mark Hemmis. But the combined experiences have changed him, changed his business. The owner of the old Phoenix Emporium sold his leasehold interest in that Ellicott City bar and restaurant in the spring of 2019 and subsequently purchased Ellicott Mills Brewing Company further up Main Street. A new eating and drink place was subsequently born . . . Phoenix Upper Main.

And then the pandemic hit, and everything went to Hell again. But Hemmis and his staff successfully navigated the COVID era’s highs and lows. “There was a COVID spike back in November-December,” he recalled, “which certainly had a dramatic impact on people’s willingness to go out and venture into restaurants and bars. When we got through that, we were then in the middle of winter. So, our outdoor seating was widely unused except for an occasional day or two when it was palatable to eat outside. As we came to the spring, though, you could see that people really wanted to return. We have this outdoor seating because of the permit Howard County so graciously issued. As the weather has gotten better, our business has increased and that’s coincided with people getting vaccinated. And as the restrictions have eased up, we’ve seen even more of a willingness to eat indoors, too. The restaurant is now filling up inside.”

Problems, though, linger. As the Beverage Journal conducted this interview in early July, Phoenix Upper Main and other competing businesses in Old Ellicott City were still having staffing problems. “We have been unable to go to 100 percent indoors,” Hemmis lamented. “Our tables in our main dining room upstairs are still six feet apart because we don’t have enough employees to accommodate full-on dining when our outdoors is open.”

Some changes that occurred during the pandemic have also lingered. “Our food runners are still wearing masks,” he noted. “Our kitchen staff is also still wearing masks when they’re preparing food. That’s out of an abundance of caution more than anything. Yes, it’s for visual effect. But it’s important to reassure our customers that we’re still taking COVID protocols seriously. I am not 100 percent sure it’s necessary. But it makes customers feel more at ease, and my staff is comfortable doing it. You have to respect all customers, including those that still don’t feel comfortable. There is still a portion of the population that is at risk. There are still people who aren’t vaccinated, there are still children, and there are still people who are caring for the elderly. You want to show them the same respect you show the rest of your customers.” 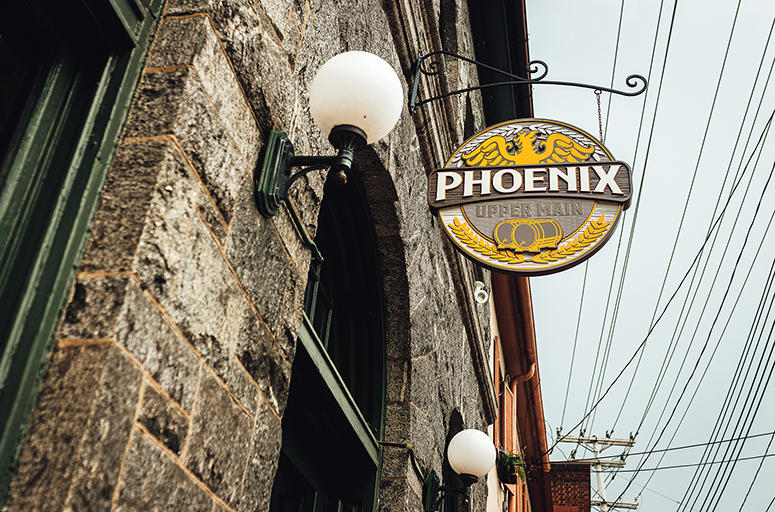 One thing that hasn’t changed is Hemmis’ steady hand at the wheel. He acknowledges that “change” has been the biggest test of his leadership. “At the very beginning,” he stated, “we had our barstools roped off, and we had an alleyway taped on the floor that was a path for people to use the restrooms when they could only eat outside. Every time we made changes to that, changed the restrictions, changed the way we did business, there is resistance that had to be overcome. Staff appreciates knowing what to expect. So, for example, when we decided to allow minimal bar seating or when we brought tables inside or when we switched from using ketchup packets to using bottles of ketchup, both customers and staff had to be reassured that we’re being safe and that this is the right decision.”

It’s helped that he is in a much bigger restaurant space now than he would have been if he were still running the old Phoenix Emporium. Ellicott City’s flood mitigation plan left him little choice but to move his business up Main Street. He has no regrets. “I’m learning and growing,” Hemmis said. “I am learning how to manage a larger staff and I’m learning how to delegate, because there’s been a LOT more things added to my plate. Fortunately, I have a staff that is extraordinarily well qualified. Part of my job now is to enable them to make decisions and support them when they do.”

He added, “Did I make some wrong decisions? Probably. We had a couple of COVID scares in-house. You’d have a part-time employee test positive, and we had to shut down to get everybody tested. It’s an easy decision, but it’s a difficult one when it means closing on a Friday, Saturday, Sunday. Hopefully, I got most of the decisions right.”

It’s also helped that customers are genuinely thrilled to be returning to some of their favorite haunts in Old Ellicott City. In addition to Phoenix Upper Main, people are re-discovering such still-in-business eateries as The Judge’s Bench, Manor Hill Tavern, Georgia Grace Café, and more. Unfortunately, though, not a whole lot more. 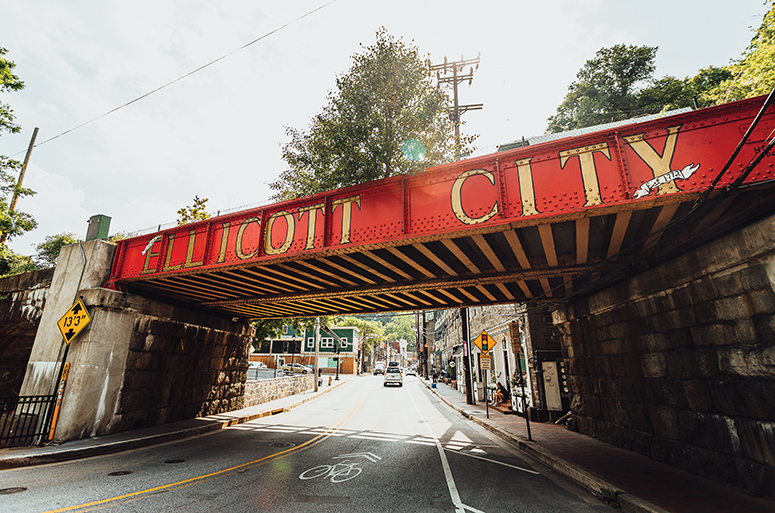 Hemmis concluded, “I’m excited to see what happens next. I think we are due for an explosion of business, and -- like everyone else -- we are trying to add staff to accommodate that. The issue we’re having is there are less restaurants in Ellicott City now. That wasn’t totally COVID-related. It was also the restructuring at the bottom of the hill. There was the removal of the old Phoenix, Cacao Lane, The Rumor Mill. We hope that our new business increases due to the fact that we’re doing things well and providing a service that customers want. But we need more restaurants in town! The food and drink scene bring visitors to Main Street. That, in turn, supports the other businesses. Right now, there are only a few full-service restaurants in town. We would be so excited to welcome some new foodservice neighbors to Old Ellicott City!”