The Future of the Sales Rep 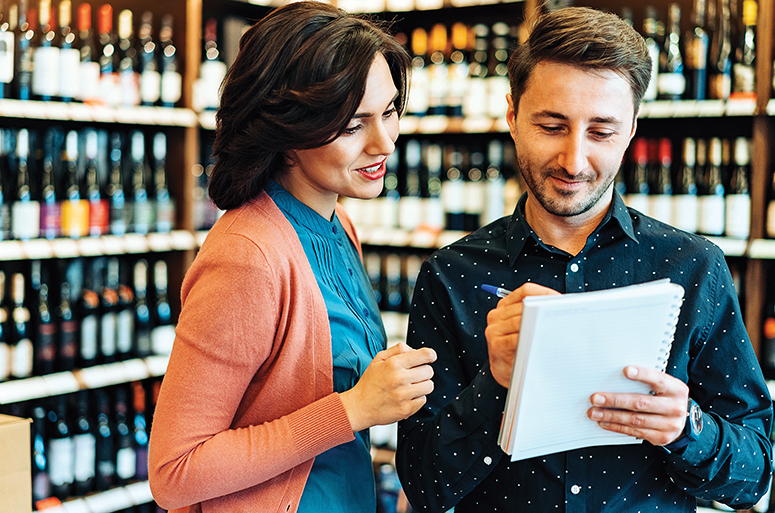 Retail and restaurant purchasing may be normalizing, but the way buyers interact with importer and distributor reps has changed for good

In recent years, many importer and distributor sales representatives have begun to suspect that tired methods of selling wine and spirits needed to better adapt to the demands of the 21st century, but the past year has accelerated that shift.

The subtle changes were almost imperceptible. After all, the end result was the same: a sale to a restaurant, bar, or retailer.

However, the market volatility, technological advances, and social upheavals of the past year created many modifications to the way wine and spirits are bought and sold at wholesale. Today—and increasingly in the future—the role of salesperson will require more adaptability, client understanding, digital know-how, and business savvy than ever before.

“We knew the players and pieces: buyers and accounts. Now the chessboard is being reset. It’s tabula rasa,” says Ryan Looper, the director of De Maison East, a New York and New Jersey distributor of Spanish and French wines and spirits.

To catalog how recent changes have affected wine and spirits sales reps, we spoke with industry members about how this role is evolving and what the future holds.

Adapting to an Expanded Role

Much like the pandemic forced many sommeliers and beverage directors to don GM hats as restaurants tightened their belts, wholesale managers and reps have found their roles expanding and folding into one another. “My title is area manager, but I’m currently functioning as a sales rep,” says Amelia Di Marco, a New York-based area manager for wine producer Avignonesi. Whereas Di Marco would typically work with her company’s distributor partners, she’s now spending more time selling directly to restaurant and retail clients.

Looper emphasizes the need for his team to be problem solvers, so his salespeople don’t have titles on their business cards. “When you don’t have a title, it doesn’t define you,” he says. “The title doesn’t absolve you from the responsibility of serving the account because you’re not ‘customer service’ or ‘logistics.’”

Selling alcohol now requires a more holistic understanding of the business. A salesperson used to be a wine and spirit products communicator. Now they must be an industry communicator, prepared to discuss anything from supply chain issues to how tariffs are affecting pricing.

Appointments Are Limited—So Optimize Them

Buyers have always been busy, but between staffing shortages, consumer excitement to get out and about, and longtime avoidance of in-person meetings, appointments are far more scarce.

“I don’t think the sales rep of old exists; it’s much more dynamic,” says Looper. “You used to be a postman: visiting accounts, having a route. Now reps need to be more like jazz musicians.”

Gone are the days of dropping into accounts unexpectedly. “Popping into an account is less effective than it used to be, and samples don’t stretch as far as they used to [when you have fewer appointments],” says Kelly Mitchell, a northern New Jersey sales rep for Skurnik Wines & Spirits. Dropping off smaller bottles of samples specifically requested by buyers is an effective technique rather than hauling around a full bag of bottles.

This also translates to diminished effectiveness of ride-alongs, when a producer representative would accompany reps on their sales calls. Many sources note that buyers want to be connected to makers rather than sellers—particularly because they have been cut off from producers over the past year—so they prioritize ride-alongs with winemakers or distillers rather than national sales managers and brand ambassadors.

Instead of relying on drop-ins, sales reps should plan their schedules around specific client expectations. “Appointments now must be tied to a need,” says Mitchell. “They are much more intentional by design. The amount of time spent communicating prior to the meeting has increased.”

When reps do get an appointment, they need to optimize it by knowing what the buyer wants. “Accounts have less willingness to spend a long time with sales reps,” says Di Marco. “Before we had 30-minute meetings. Now it’s: ‘How do we get their attention in 15 minutes or less?’”

Use those extra minutes to do some research before the meeting. “That’s homework time,” adds Di Marco. “When I speak with a customer they know I understand their needs and I’m not just repeating what I told someone else.”

More than ever, reps need to put themselves in their clients’ shoes. “You must have empathy for your customer. Not everyone has the time, dollars, mental health, or emotional bandwidth to make an appointment,” says Robyn E. Lustbader, a sales representative for Lagniappe Beverage in Chicago.

At times, that may mean prioritizing buyer relationships over sales goals. “The goals have been put to the side; get the relationship right so that when things get back, we’re at the front of the gate,” says a sales rep at a large California wholesaler, who asked to remain anonymous.

“Instagram is my eyes,” says the anonymous California rep. “I observe changes to wine lists and drink specials.” Additionally, forging relationships with store and restaurant ownership provides direct feedback about the operation’s most pressing needs and offers a steady contact at a time when staff constantly shuffles.

From there, sales reps can create more individualized content for specific accounts, as Mitchell has done over the past year, rather than forwarding tone-deaf, generic email blasts. One effective technique for scaling semi-customized content is documenting client attributes like stylistic, regional, and budgetary preferences in a spreadsheet and sorting as needed.

“There is more business done virtually than ever before. That means less driving and more time in front of the computer,” says Kate MacWilliamson, a San Diego-based salesperson for Kermit Lynch Wine Merchant.

Social media fluency is a new prerequisite for the sales role, one that didn’t exist just five years ago. Instagram can offer good opportunities to connect with those who are selling your products on the floor, but it’s important to connect directly with restaurant and retail staff, not just the official client account.

Additionally, commenting and appropriately tagging relevant content tends to yield greater engagement than simply “liking” a photo. Using Instagram Stories and Live have become part of many reps’ routines, and with many international producers still unable to travel to the U.S., Instagram Live tastings or conversations can serve to connect buyers with producers.

With the flood of distributor ecommerce platforms like Breakthru Beverage’s Breakthru Now and Republic National Distributing Company’s eRNDC, more sales are being placed digitally than ever before. “Technology like SevenFifty and proprietary apps like Breakthru Now allow reps to offer better service,” says Gourdin.

But technology isn’t a cure-all. Rather, these platforms should be viewed as time-savers—time that now needs to be used to cultivate bonds with buyers. “It still boils down to relationships,” says Gourdin. “If I have good relationships, people will want to see me.” 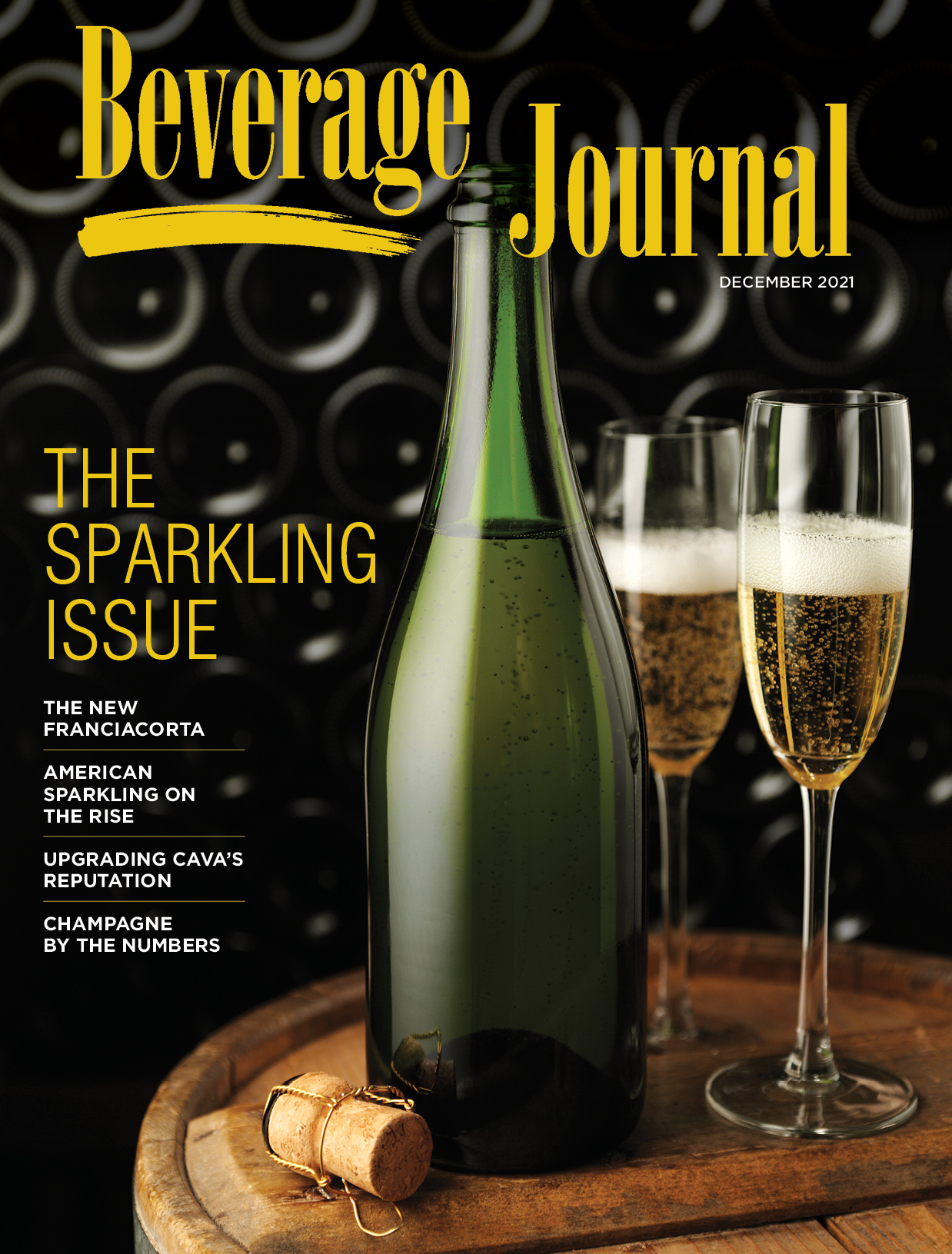