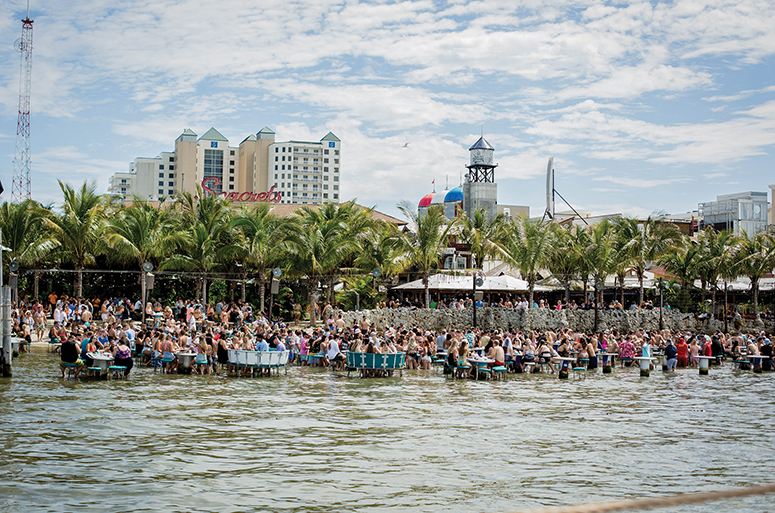 Vacation destinations have seen their share of hurdles in an attempt to return to normal.

This is the latest in a series of articles I’ve been writing on the Great Reopening of 2021. And while the previous installments covered the successful returns to form of Baltimore and Ellicott City, nowhere has this year differed from last year in such a big and positive way as Ocean City, Md.

And one of the biggest beneficiaries has been Seacrets, the massive Jamaican-themed bar, restaurant, and nightclub that has been a mainstay in Maryland’s most popular resort town since 1998. General Manager Scott Studds has kept a steady hand at the wheel throughout the entire pandemic, and he and his staff have been reaping the rewards since May. 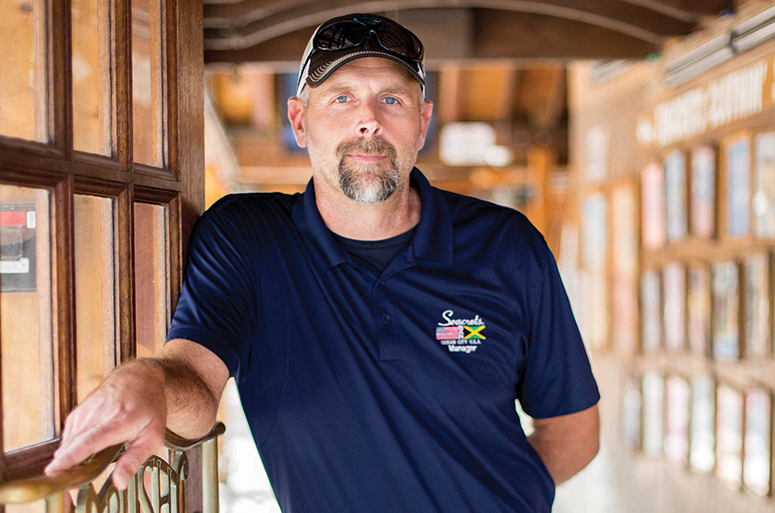 "A huge goal of this summer was to not close any days and not cut back on any of our normal business hours.” ~ Scott Studds General Manager

“Honestly, it hasn’t taken a lot to get people back,” he said, during a recent interview with the Beverage Journal. “I say that very appreciatively. But it was apparent that people were ready to come back out. We’re fortunate in that the majority of our business is outdoors, so I think people feel a certain comfort level in that respect. Two-thirds of our place is exterior, the majority of our dining is outdoors. If you’re someone who hasn’t been around a lot of crowds, knowing that we are open air and you won’t be limited to a certain spot is comforting. We have a 4,600-customer capacity, so you can imagine how big we are. You can find a spot at Seacrets based on your comfort level that’s a little less crowded or just a little off to the side that you feel safe at. It’s leant itself to a great summer.”

It’s certainly been a far cry from summer 2020 when COVID-19 was raging through the state, the country, and the world, and there were no vaccines in sight. Rules and regulations kept changing. Information and misinformation was rampant. People were staying home.  And if they were heading out for a beach vacation . . . it was for a true beach vacation! The tourists stayed on the sand, stayed outdoors, and mostly ordered take-out and curbside food and drink and took their eats and treats back to their motels and timeshares. 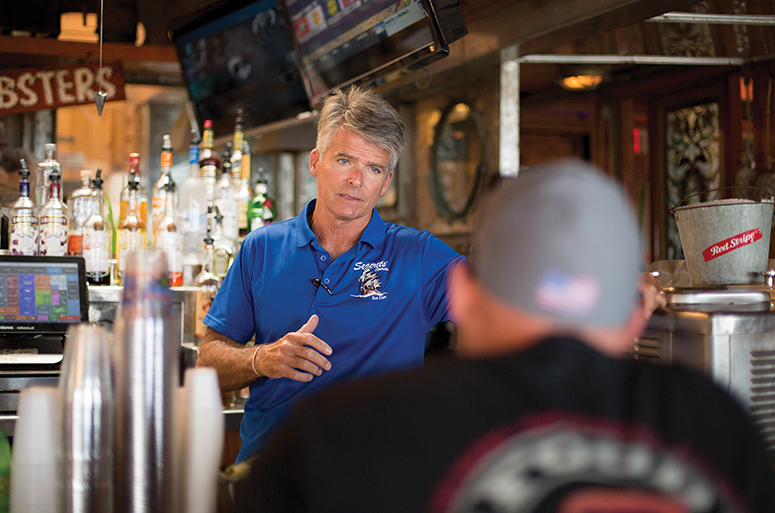 Studds recalls, “Last year obviously, so much more was unknown. There was the beginning of the pandemic, the shutting down of almost the entire business for a few months, then rolling into limited capacities. People had to be masked and distance-seated. It changed our business model in terms of how we ran the place, because we were and are a live entertainment complex. But live entertainment, dance floors were not possible, and we really had to adjust. It made things quite different. We went from being a free-flow, walk-around, stage-to-stage place to where we were physically seating every single customer who walked into the door the entire summer of 2020.”

Seacrets scaled back its entertainment offerings, putting on stage more solo acts and duos. Nothing really high energy. “It was nice to hear live music,” Studds remarked, “but it wasn’t performers that really made you want to get up and dance or up moving around. We didn’t want to create an issue that we didn’t have at that point. There was the whole not knowing how to deal with the ever-changing rules and the landscape of the pandemic itself as far as what we were supposed to be doing to protect not only your customers, but also your employees.” 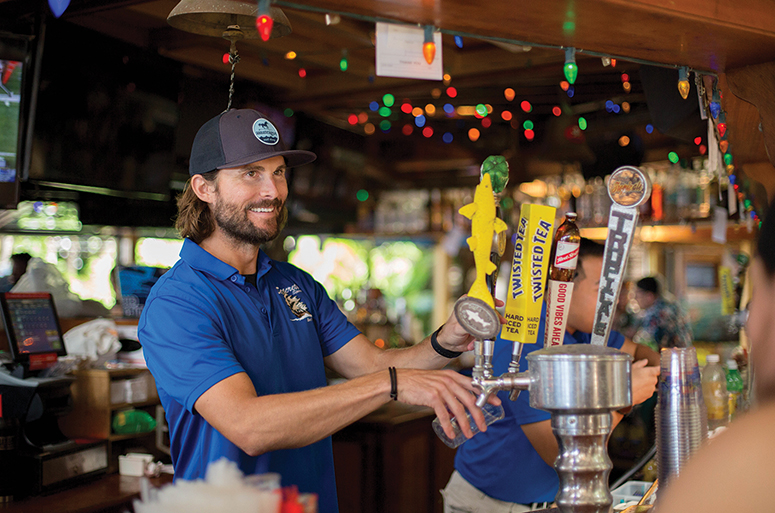 He continued, “As far as this year goes, we had a pretty good idea of what the restrictions would be because they were being timed with the vaccines going out. We knew we would be allowed to open up more. We’ve been pretty fortunate this year with comparatively low numbers on the Shore and the state in terms of positive [COVID] cases.”

Staffing issues locally have helped Seacrets, too. Some eating and drinking places weren’t open as much or as often this past summer. “I think we benefited from that to a certain point,” Studds acknowledged. “We’ve felt the same pressures and struggles. But we’ve done our best to work around those. A huge goal of this summer was to not close any days and not cut back on any of our normal business hours. Up until this interview [in late August], we’ve been able to accomplish that. We’ve had to shrink certain areas. There have been some nights where we’ve said, ‘Well, we’re not going to open this section or this bar’ at certain times. But it wasn’t too noticeable. And if it was, customers were understanding, even if they’ve had to wait a few minutes.” 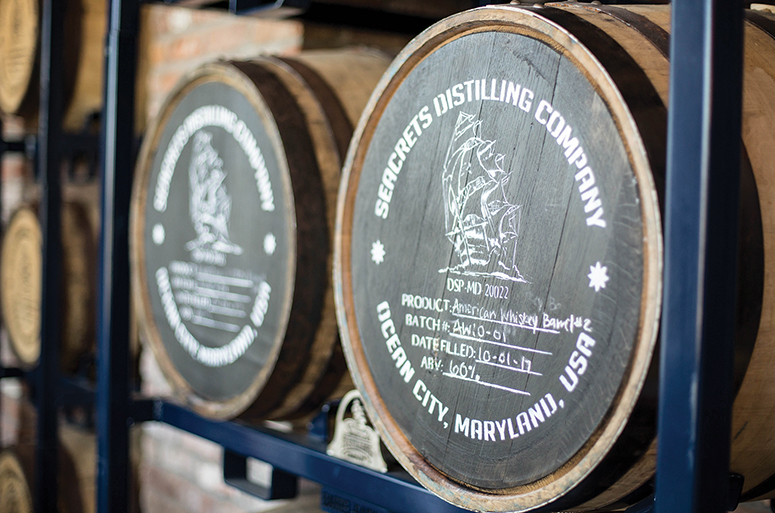 In addition to Seacrets being known as a bar, a restaurant, and a nightclub, it also boasts its own distillery where it makes Seacrets’ own signature spirits. There is even an on-site radio station.

So, while Seacrets has fared well, the question was posed to Studds, 'How has Ocean City fared, in general?' He was quick to answer: “This year, I feel like Ocean City has done very well. You can tell there has been an uptick in people. After Memorial Day, you would typically have a lull for a time in June. This year has been steady from May on. People have wanted to be out, they’ve wanted to be dining. In fact, today was the first day all summer I’ve actually noticed that hotel parking lots are just a bit thinner. It’s Aug. 30th! But it’s about that time. Schools are going back.”

This means, of course, there will be additional tests of Studds’ leadership in the weeks and months to come. “Nobody is foolish enough to think this is over,” he said. “We’re going to keep plugging along as much as we can. There are some concerns that once we start getting into the colder times, how will that affect things? Will people’s mindsets be, ‘OK, now that I am back indoors, I’m not as comfortable.’ Going into next year, we hope to be a little more proactive in terms of overstaffing. Not that there wasn’t an attempt for that this year. But you try and build in a ‘couple-of-people buffer’ wherever you can. I think staffing issues are going to be something that’s going to continue that we need to get ahead of.” 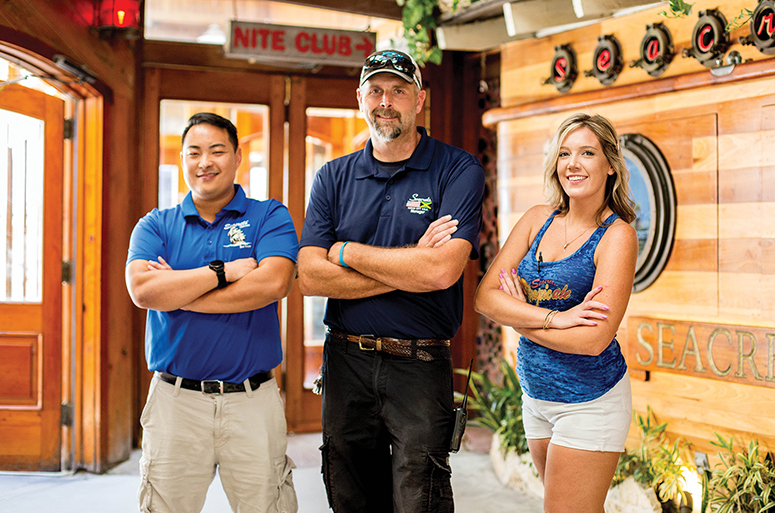 Moving forward, Studds says it’s all about people. The people he serves, and the people he manages as employees. It’s a balancing act, for sure, but one he and his fellow management are up for.

He concludes, “You come into work, and you’re so focused on work that sometimes you don’t realize there is so much other stuff going on. Everybody has had something going on, whether it’s somebody in their family getting sick, someone not having child care, and so forth. I guess I can say I’m now more aware that these times have affected everyone in different ways, and it’s not all physical. A lot of it is mental. We’re pushing our people hard, we’re asking a lot of them, and we know we are asking a lot. But these are all human beings, and I have to be more aware of what they’re going through.  . . . I am more aware of what they’re going through!”