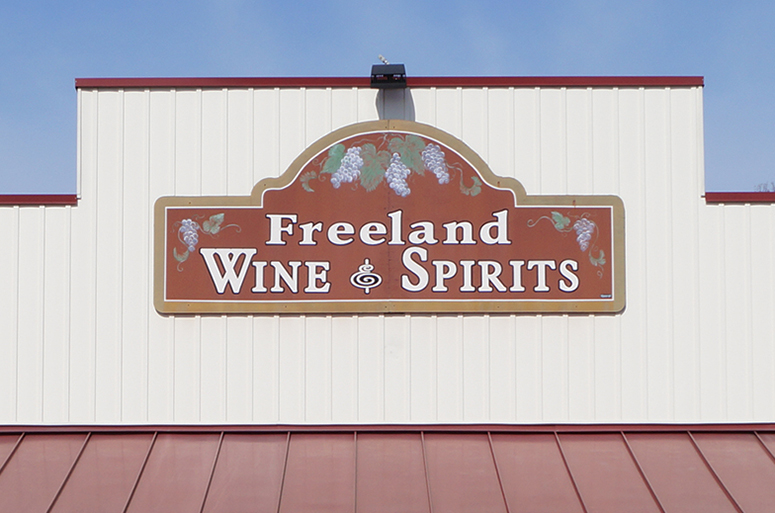 Richard Fisher has been a beer, wine, and spirits man ever since he went to work part-time at The Liquor Pump in Parkville. That was 1985. While at The Liquor Pump, Fisher soon discovered he had a real head for the packaged goods business and worked his way up to store manager. An opportunity eventually presented itself to purchase the old Timonium Liquors on the corner of York and Timonium Roads. He seized it and operated that store from 1994 to 2002.

In August of that year, he transitioned to Freeland Wine & Spirits. "We initially rented," he recalled, during a recent interview with the Beverage Journal. "But in 2008, we bought the property and did an extensive expansion."

Freeland is known for many things: its wide selection, competitive prices, and customer service. But, most of all, it's become known for its seasonal displays. In addition to his business acumen, Fisher has a real creative side. "I like to change things up!" he declared. "We have a full basement under the store that ended up getting littered with display pieces. Anything that was decent, I didn't want to throw out."

Fisher ended up buying a Class C cargo container that he keeps out back of the store that is filled with nothing but display pieces. "Some of them go back 30 years," he noted.

After football season and St. Valentine's Day, that decor comes down. Then, the last week in February is when he and his staff start putting up the store's St. Patrick's Day displays. "We go all out for St. Patty's Day even though it's a bar holiday for the most part," he said. "When that ends, we go into Oriole mode. And then comes Cinco de Mayo, which leads us into our summer set of rotating displays and decor."

In mid-September, the store becomes full of Oktoberfest displays. Right before Thanksgiving, Freeland flips to Christmas. Fisher remarked, "The sales reps love it. They'll say, 'Wow! You come in one week, and it's one thing. You come in the next, and it's like a completely different store!' We like the constant change." 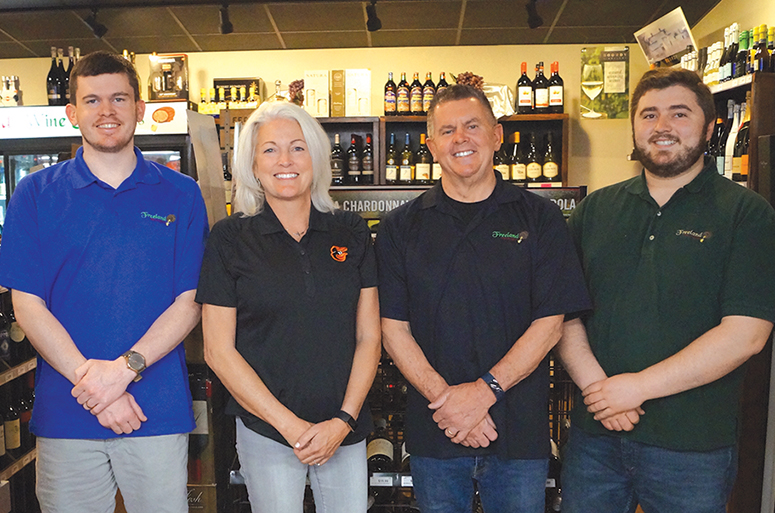 Another thing that distinguishes Freeland is that it's a family business. Fisher's wife, Suzanne, works in the store and maintains Freeland's website. His middle son, Patrick, is the store's manager. Richard adds that he and Suzanne have two other sons who have worked at the store "from the time I could get them in here lifting cases." Their oldest, Cole, works for Amazon. Their youngest, Aidan,  is a student at the University of Tennessee.

So, after all these years, how does Fisher maintain his enthusiasm for the work? "I like the excitement of new products coming in," was his quick reply. "I also love the cat-and-mouse game of ordering right. 'Did I order too much? Did I order just the right amount? Am I hitting the products that people want?'"

Fisher says it is enthusiasm that any young store manager looking to open his/her own place must have. "If you're going to be in a people business, you gotta like people!" he exclaimed. "It can be like 'Groundhog Day' sometimes where it seems like you're doing the same thing over and over. But it's the people who will make each day seem different. You'll start to feel a part of people's lives. It's not for everybody. Some people don't want to be closed in with four walls every day. They have to be outside or on the road. I've always liked the task at hand -- coming in, seeing what needs to be done, and making sure it gets done by the time I leave."

And, by all means, join an association. Freeland Wine & Spirits is a member of the Maryland State Licensed Beverage Association's Baltimore County affiliate (BCLBA). He states, "Joining an association gives you a head's up on so many things that affect your business. They are on the front lines doing the battling for us and protecting our livelihoods. Membership is important, because there is strength in numbers."