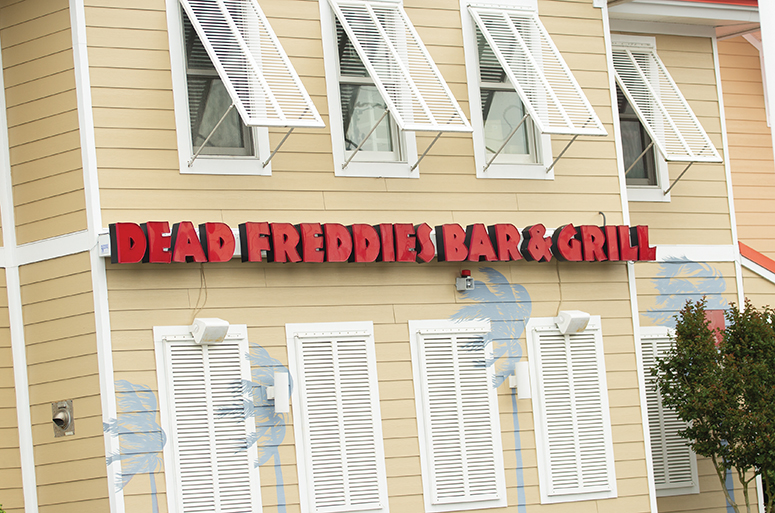 If you are going to commit to a series of articles on themed bars and restaurants around the State of Maryland, sooner or later you have to cover one that boasts a pirate theme. One such place is Dead Freddies, one of the more popular eating and drinking
destinations in Ocean City.

Stephen Carullo, managing member of Dead Freddies, is quite proud of his establishment. He stated during a recent interview with the Beverage Journal that “Dead Freddies has multiple areas to dine in that accommodate every demographic. It also has multiple kids’ areas with playgrounds for families; multiple bar areas for adults to enjoy; and multiple dining rooms, some with TV walls that are more of a sports bar theme.” Other dining rooms have no televisions, and Dead Freddies has seen fit to give those spaces more of a laid-back vibe with fish tanks as the main décor item.

Dead Freddies is perhaps best known as one of Ocean City’s most family-friendly destinations, and a big part of that has to do with its pirate theme. But the proprietors don’t go overboard with the theme. Carullo noted, “We started out as a Baltimore-style pub focused on the 21-and-over crowd. The overwhelming success of the concept caused issues from drawing too much nightlife. To better adapt to the community, we scaled back the night-life aspect of the concept and expanded the dining focus adding a kid’s playground.” 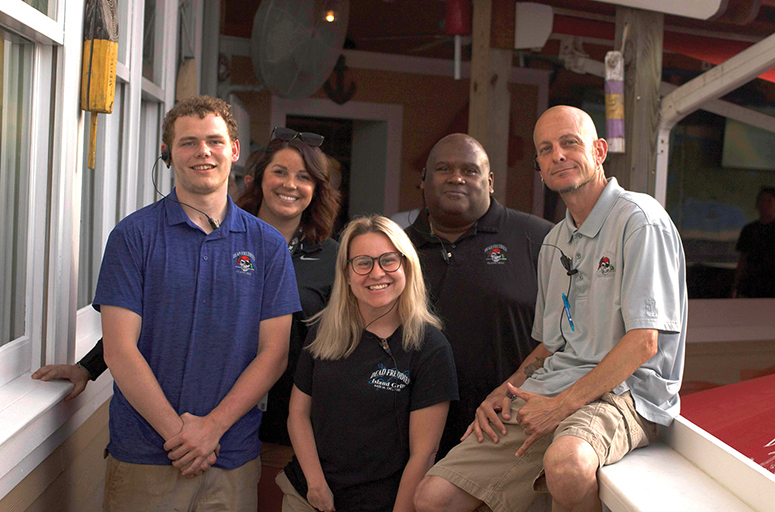 He continued, “The theme came around by accident. Our main pirate skull logo was presented to us by one of our T-shirt designers, who had developed it as a shirt design for Seacrets. When they declined to use the design, he offered it to us and we loved it! We thought it would go great, and we incorporated it by adding the logo we used for years into the eye patch of the skull.  So we try to stay true to our pub heritage while incorporating an immersive experience for kids and families.”

The pirate theme has definitely extended to Dead Freddies’ menu. For instance, its appetizers are referred to as “St-Arrr-ters” (it’s almost impossible not to talk like a pirate for at least a few seconds when you’re a customer). Fun menu items include: Black Beard’s Burger; the Captain’s Chicken; and, for the kids, Chicken Planks (not Nuggets). The drink menu, meanwhile, includes such creative concoctions as Pirate Punch, the Drunken Pirate, Freddies Pain Reliever, and the Shipwreck. 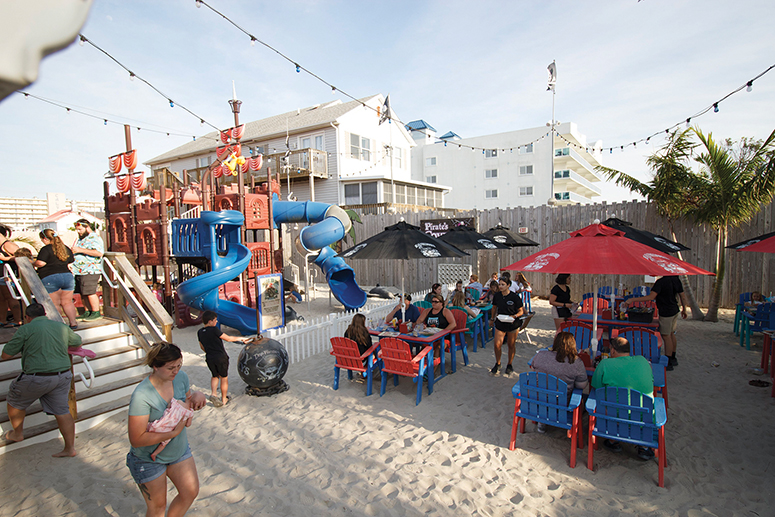 Carullo said, “The one we are most excited about is a classic we have been serving for 10 years that is being reworked & rolling out next week [this interview was conducted in early June]. which is the Freddies Shipwreck.  It features a Corona ‘shipwrecked’ in a skull mug with a frozen strawberry or regular margarita.” 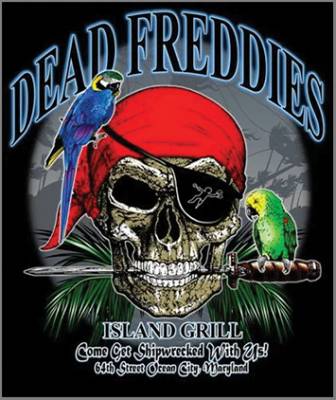 He added, “The great news is we are coming out of COVID. So, this year, we are implementing new sections to the drink menu. One is Mocktails, a trend that is rapidly gaining steam. We’ll also have a Tequila cocktails section. Being beach driven, we focus on the white liquors and lighter, fruitier beers. We have a drink menu that has fish bowls and refreshing drinks, which are great when you come off the beach and need to hydrate. We also have options, like the Pain Reliever, which do the opposite. We apply the same concept of the restaurant to the drink menu to give people multiple options from relaxing to pain relieving.”

The COVID-19 crisis did its best to sink Dead Freddies. But Carullo’s savvy leadership along with the steady hands of his managers and waitstaff kept the business afloat. The team did everything from put up dividers in the dining room for in-person dining to implementing contactless curbside pickup for those customers uncomfortable with eating and drinking out. Carullo further stated, “We had to go to market pricing for a lot of items, and we had a QR code that brought you to an online menu so we could update prices as inflation rages.”

From out of this period of trial and hardship, Carullo developed a thick skin and stuck to his proverbial guns even when conventional wisdom told him not to. He remarked, “Ever since I entered the business, all anyone has ever done is question the name, the concept, the changes throughout the years, and beat us down for choosing a business or name at the time was considered taboo. Anytime you innovate or do anything outside the norms, people will question and doubt you. However, if you are not innovative, you more than likely will not stay successful. Copying others will only get you so far. You must passionately pursue your goals. My advice is:  Don’t let others get in your head. Guide your vision to achieve your goals, but always respect your customers!”

Freddies dates back to its 1949 founding. Carullo relates that the business was purchased years later and had a large neon sign that said Freddies due to a lack of funds for a new sign. “A contest for a bar tab was started for anyone who could incorporate Freddies in the name,” he recalled. “A customer walked in during the day, during construction, and said, ‘No one is here. You should call the place Dead Freddies!”

And the name stuck. Today, it welcomes people from far and wide at its waterfront location at 64th Street in Ocean City. The scenic trappings, the bayside views, the enthusiastic clientele – they all have Carullo looking to the near future with optimism. But challenges remain, and Carullo has a pessimistic side also. He concluded, “I am optimistic that the industry is starting to return to some level of normality. But I am pessimistic about inflation and the regulatory environment that is raising costs on all items and making it harder to operate and innovate.”