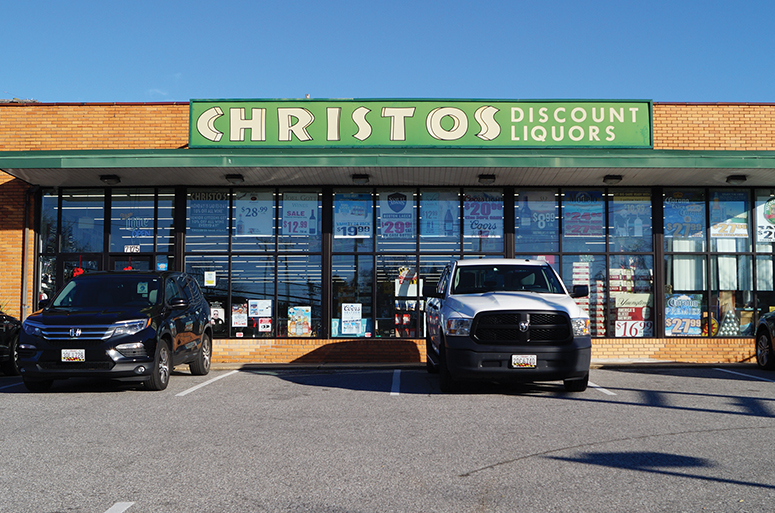 From Greece to Glen Burnie, It's Been a Family Affair

Christos Discount Liquors has been a pillar of the Glen Burnie/Ferndale community since 1962, and the Christopoulos family has operated the business since that time of JFK, Johnny Unitas, and Ed Sullivan.

Today, three of the family's five siblings -- John Christopoulos, brother Nick Christopoulos, and sister Madia Toll -- are the proprietors. The trio bought the business from their parents in 1991.

"Being in the area for nearly 60 years is kind of cool," John Christopoulos said, in an understatement. "There's not too many businesses like ours left. Our parents are from Greece. Our first language was Greek. When Madia and I went into the first grade, we knew very little English. But we all have lived the American Dream!" 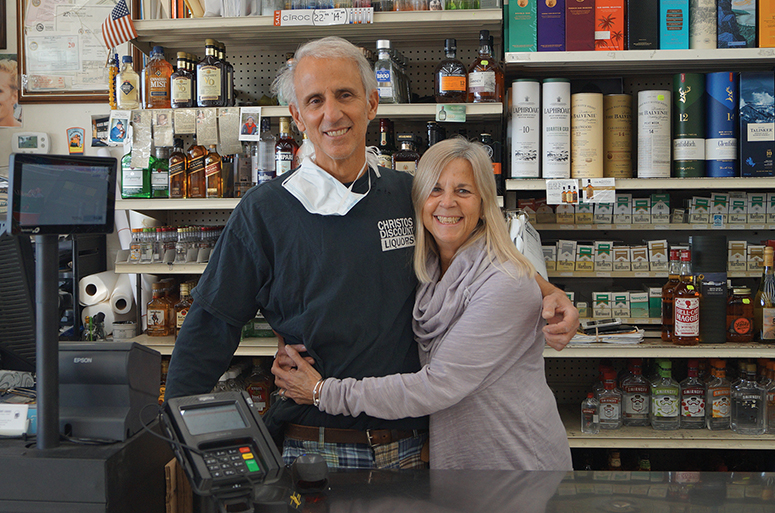 John Christopoulos, and sister Madia Toll are the proprietors of Christos.

Such longevity has not only strengthened the family's ties to each other, but their ties to the community at large. These close ties to a multi-generational clientele have helped the store weather one of the most difficult years ever encountered.

"The biggest challenge this year has been keeping everyone healthy through the pandemic," Christopoulos noted. "We've made sure anyone who hasn't felt good has stayed home. Any employees that have needed to be tested, we've got them tested. We have an obligation to the community. People mean a lot to us. Our community is also our family. We know so many customers by name, which is rare today."

Toll agreed, adding, "We've been here for so long that we know great-grandparents, grandparents, parents, their children, and their grandchildren! A lot of our customers' sons have worked here over the years, too. And we've also had a couple of daughters and granddaughters work here."

For many of these young people, working for the Christopoulos family was their first job in the beverage business. John, Madia, and Nick have since watched a number of them go on to career positions at such companies as Anheuser-Busch and Republic National. Former staffer Meghan McNichol-Tress, for instance, is now a regional vice president at The Wine Group.

The store itself has proven to be a special place that customers and ex-employees alike have returned to time and again. Christos features a temperature-controlled wine room for its most exclusive vintages. The Christopouloses offer case discounts on wine and spirits, a daily seniors discount, and a weekly Ladies Day discount on wine each Monday. The siblings have also embraced technology with a Facebook page and a weekly e-newsletter that touts special sales and coupons. For local pride, the store co-sponsors an amateur soccer team, Baltimore's Christos FC, that played DC United for the 2017 Lamar Hunt U.S. Open Cup. 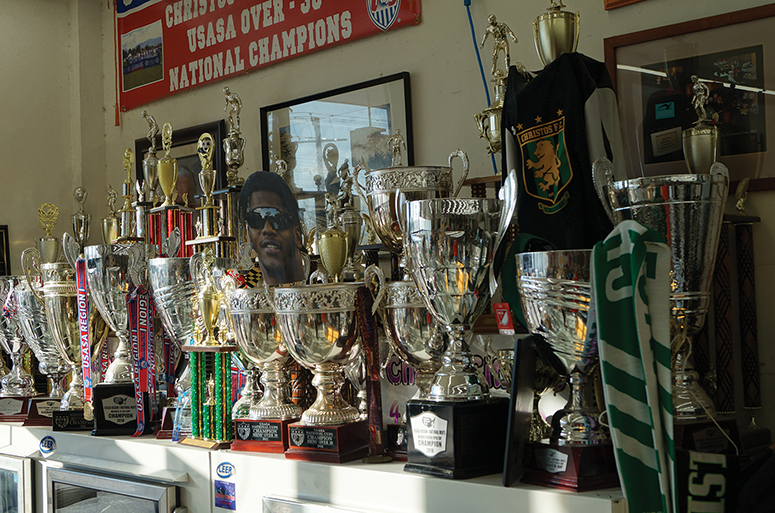 At the end of the day, though, the store remains a source of family pride. Toll remarked, "I like to think of myself as the female version of my father. He instilled in all of us that the customer comes first, especially with regards to their wellbeing and health."

Christopoulos added, "Like my father, I love dealing with the customers. I work seven days a week, and I never get tired of it."

It's because of this pride that the family knows how important it is to protect their legacy. This means getting involved in state politics and maintaining membership in the Maryland State Licensed Beverage Association (MSLBA). Christopoulos stated, "We're fully aware of the challenges our industry has to deal with, the threat of chains coming in and so forth. There are a lot of things against us. We know that it's really all about educating these delegates, letting them know we all work under certain rules that have been established for years. But now they're thinking of changing all that to accommodate big retail. If that happens, it'll be very difficult for a lot of small retailers. We'll survive. We own our own building, and we've been here a long time. But it would be devastating for a lot of the small mom-and-pops. People really need to talk to their elected officials, their councilmen, their delegates, and their state senators."

And for anyone looking to jump into the fray and open their own business in this tough political and economic climate? Christopoulos was quick to offer some wisdom: "You have to be willing to work and work hard. I'm talking seven days a week, and it's not going to come easy. But at the end of the day, it's worth it. Nobody counts your money better than you!"