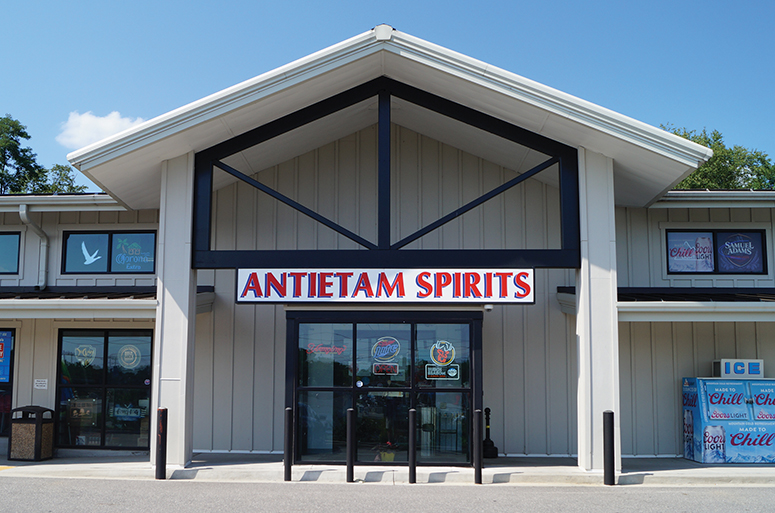 John Holmes, proprietor of Antietam Spirits in Boonsboro, recently turned the store over to his son, Chase, after running the business since 1972. Holmes had taken over the store from his own father, who founded it (as Ye Olde Spirits Shop in Frederick) in 1960. Along the way, he received lots of good advice from his dad -- advice that he has imparted to his son.

"Number one," he replied during a recent interview with the Beverage Journal, "you have to have product that people want. Today's customers want to know their choice is going to be there. They want to get in and get out. If people come in too many times and can't find what they want, they're not coming back. Also, you cannot have enough personal service for people! This is not a high-profit business. You have to do volume to make real money."

But, in Holmes' opinion, even more important than those two pieces of advice has been … do NOT have a television in the store! "There's always something to do," Holmes stated, "and you tend to not see your customers come in when you and your employees are watching TV. Bars are different. They have to have TVs for their customers. But stores like Antietam?  TVs are SO not necessary."

Other than that, Holmes says the rest of the advice he's given and been given over the years is really just "common-sense stuff." Things like "the customer is always right" (although he added with a small chuckle "for the most part, they are") and greet people when they come in the store. He explained, "My dad would tell me, 'You really need to acknowledge your customers when they come in the door for a number of reasons.' It lets them know that YOU know they're there. You should also carry orders out for people who need such assistance. We really go overboard with that."

Holmes does indeed still put in hours at Antietam Spirits. In fact, he's worked more since the COVID-19 crisis took hold back in March. "Lucky for us," he said, "our business was up considerably in the very beginning, probably 35 to 40 percent. So, yeah, I had to go back to work! Because with that kind of an increase, it had to be all hands on deck. You can't hire people and train them to do what we've done for so many years. So, we started working extra hours. We paid our employees bonus money for coming in and working every shift. It's slowed down a bit, but we're still running probably 20 to 25 percent ahead." 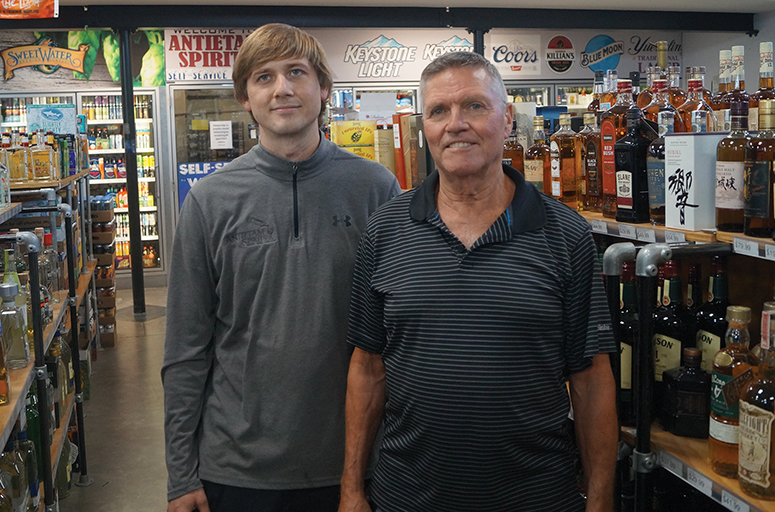 It helps that Antietam Spirits draws from a wide geographic area and attracts several customer demographics. Holmes says the business has seen a "fair amount of growth" in sales to Millennials. "But there's some real old money out there, too," he remarked. "So, a mixed bag. We're drawing people from out of West Virginia, because we're not far from Shepherdstown. We're also seeing customers from Pennsylvania and the Waynesboro area. We're drawing from a pretty big area, and I think it's because of our selection."

Chase is now doing all of the buying, and his dad praised the younger Holmes for his knowledge of wine and craft beers ("a segment that has gotten huge for us"), in particular. The store also boasts a fairly large selection of bourbons, Scotches, Irish whiskeys, tequilas, and vodkas.

Thinking back over his years, Holmes remarked, "The biggest change has been in how you buy -- quantity discounts and that kind of stuff. Years ago, everybody paid the same price for a bottle of wine. It didn't matter what you bought. That was a huge change in this business."

At the same time, one of the constants over the years has been the Holmes family's support of the Maryland State Licensed Beverage Association (MSLBA) and vice versa. His wife, Evelyn, currently serves as the MSLBA Washington County Director, for instance.

Holmes concluded, "The unfortunate thing is a lot of people just don't understand what we do as an association. MSLBA does a LOT to help keep big-box stores out of Maryland. Those stores, if they sold beer and wine, would probably put 60 percent of our businesses out of business! Maybe more. Most of our stores work very hard to keep prices reasonable, to not sell to minors, and so forth. The association has had a lot to do in keeping us strong. And we are strong!"