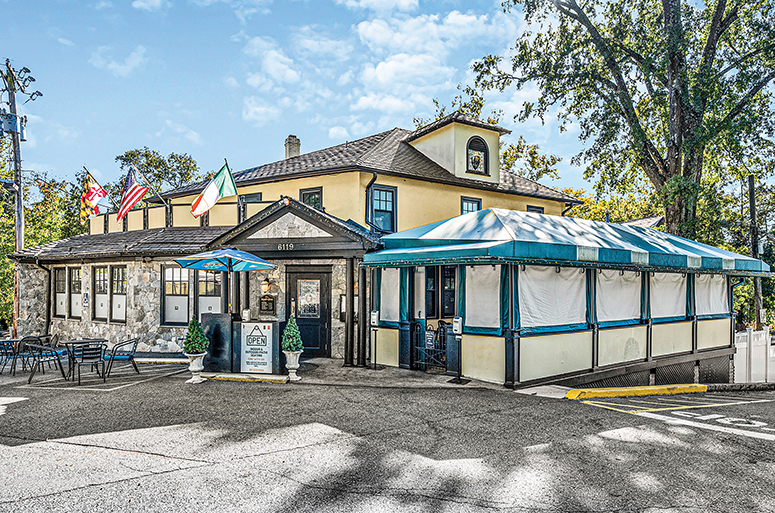 “The restaurant business, to me, is more about people than it is about money.  You want to see people having a good time. It’s nice to see them all.”

So says Christy Hughes, owner and operator of The Irish Inn at Glen Echo in Montgomery County, Md. All the “all” he is referring to is his surprisingly diverse clientele who frequent this authentic pub and restaurant not far from the posh hamlets of Bethesda and Potomac.

Much of that customer diversity can be attributed less to The Irish Inn’s menu and beverage selection and more to its live music programming throughout the week. Hughes remarked, “On Tuesday nights, we have traditional Irish music. So, we get a lot of younger folk in, as well as some older people. On Wednesday nights, we have more Irish folk and rock, so it’s almost all younger. On Sunday evenings at 4:30, though, we have live jazz and 99 percent of the people are over 70, even over 80! Starting the music at 4:30, our older customers can stay for a few hours and be home by 8 o’clock.” 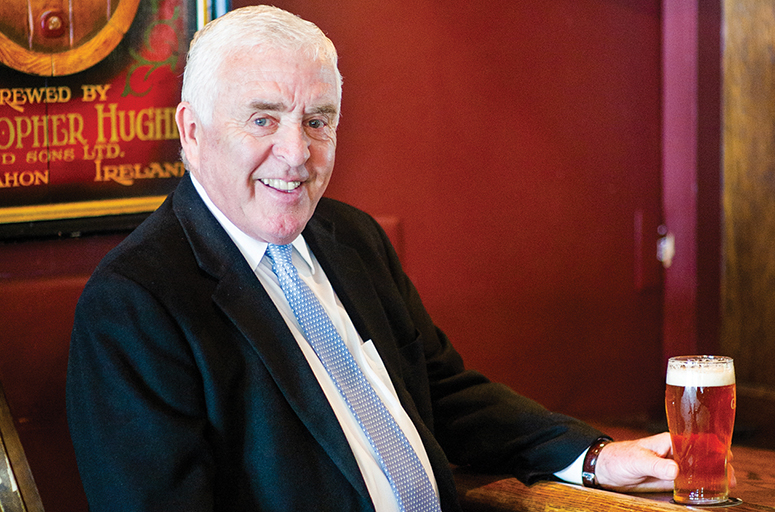 Christy Hughes, owner and operator of The Irish Inn at Glen Echo in Montgomery County, Md.

This is the tenth in the Beverage Journal’s 2022 series on theme bars and restaurants. In past issues, we have profiled everything from a sports bar to a pirate bar to a magic-themed tavern and restaurant. It was inevitable we would get around to spotlighting an Irish pub, and few pride themselves more on authenticity than The Irish Pub at Glen Echo.

So, what makes a place like Hughes’ establishment an authentic Irish pub and restaurant as opposed to one of the more chain-like places that shall remain nameless? Hughes was quick to answer: “The least amount of shamrocks you can put out! No, seriously. The key is to just make it real – real wood, real floors, old pictures, and good food and drinks. And we try to hire as many Irish staff as we can. That’s getting harder and harder to come by, and we have some great staff from other places in the world. The problem is our people don’t want to leave anymore. They’re doing so well in Ireland!”

He continues, “We do pride ourselves on having a fun, fun place. We’re also kind of out in the country. When you drive out to us, you almost feel like you’re driving in Ireland to get here. It’s like you are stepping a bit back into history.”

The Irish Inn at Glen Echo has a plethora of history – from a family home in the 1930s to a biker bar in the ‘80s. It was The Inn at Glen Echo in the ‘90s. It re-opened in 2003 as The Irish Inn and has been offering great Irish food and beverages ever since in its quaint setting, combining a traditional Irish pub with a white tablecloth restaurant. Indeed, it offers a half-dozen private dining rooms that are perfect for many occasions. 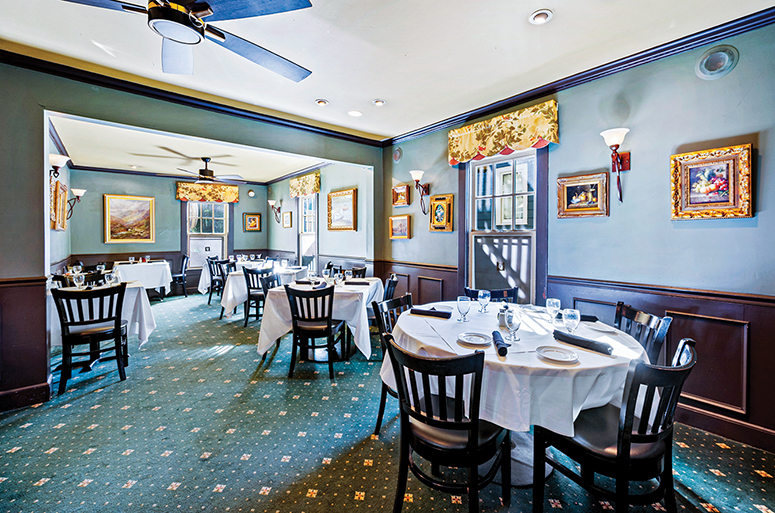 The fifth of eight children, Hughes was born in Ireland and attended Catering College in Athenry, Co. Galway where he learned all aspects of the hospitality industry. After working for a number of years in his native Ireland, he emigrated to the Washington, D.C., metro area in March 1974, sponsored by his sister. In November of that year, he had begun working as General Manager of The Dubliner Irish Pub on Capitol Hill.

Hughes and his wife, Libby Byrne together went on to become co-owners of Ireland’s Four Provinces in the Cleveland Park neighborhood of D.C. A few years later, they opened a second location in Falls Church, Va. They eventually jumped on their current property when it became available, and the rest is local food and beverage history.

Hughes comments, “I’ve been in the business for a total of 57 years. It’s all I know. I’m just lucky in that I like people, and I hope it shows. It’s just nice to go and sit down and have a drop of whiskey or a pint of Guinness and talk to some American customers. American people are very nice and very different. They tend to tell you exactly what they think!”

And his overall business philosophy? “Be nice and be fair to people. You don’t let people walk all over you. But you never walk over a customer. Without the customers, you’re out of business.” 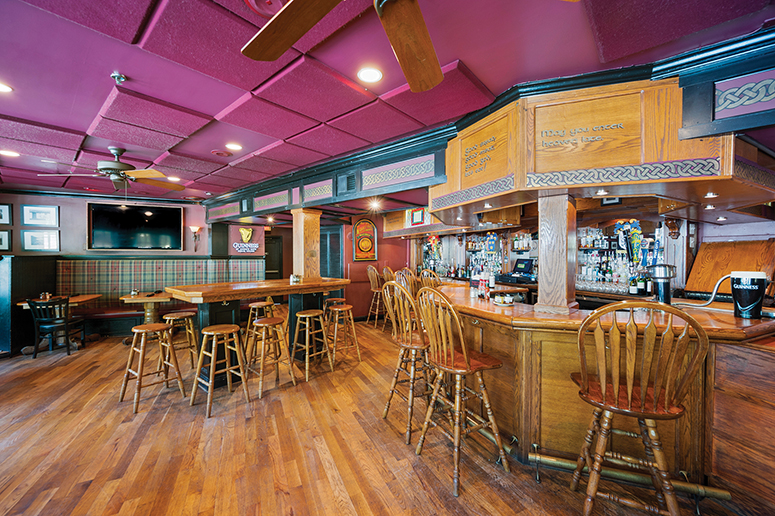 Hughes and his staff definitely had that lesson reinforced to them over the past two-plus years marked by COVID-19. “Just getting people to come to work was hard,” he recalled. “Although we were very lucky in that we had great staff who did everything they could to help us stay open. But wearing masks and still being nice to everyone . . . it’s just been different. It’s just something we never dealt with. Before, if we hit a stretch where business was bad, we always found a way to make it better. With the pandemic, there just wasn’t much you could do. People didn’t want to go out.”

But from out of hardship came new ideas and even an expansion of the business on-site. Hughes concluded, “We were luckier in that we were able to place 100 seats in the parking lot. If we didn’t have a parking lot, if we didn’t own the property, we’d be out of business now. The tents and the seats in the parking lot saved our life! It was the best thing we ever did. Now, customers have started going back inside big time. And that’s nice. If it’s nice out, we can have the music outside. But if it’s not, we can still have it inside. I give thanks to my wife, who is smarter than me. She said, ‘We have to get serious. We have to put seats and tents in the parking lot.’ And I said, “Libby, I’ll never do that.’ And she said, ‘Too late, I’ve already bought them!”