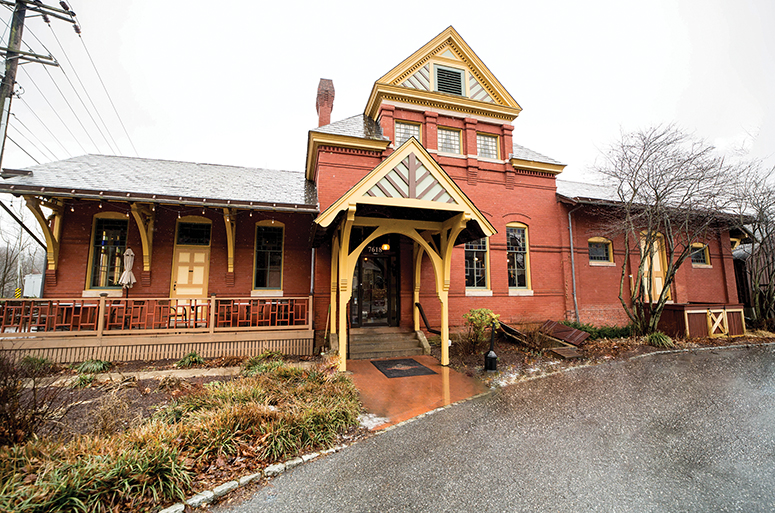 This is the second in our series of articles on really cool theme bars and restaurants around Maryland. How cool is Sykesville Station in Sykesville? It actually has two themes! The first is an obvious one. The restaurant and bar is an old, former train station that was built in 1883 and is now designated an official historic building by the state.

Sykesville Station co-owners D’Alan and Kim Baugh have embraced the history. The former stated during a recent interview with the Beverage Journal, “The kids love it when the train goes by. The locomotives still come by here every day and rattle the entire building. They don’t stop and let passengers off anymore. They’re freight trains.” 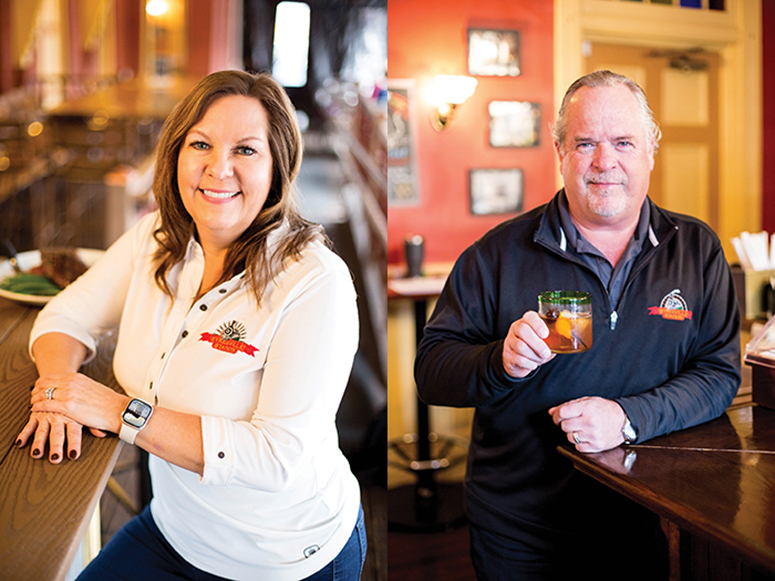 The latter added, “Our regulars love the trains, too. When one goes by, we serve what we call ‘Whistle Stop Shooters’ for $1. Everybody starts screaming, ‘Shot!’ when the train goes by and takes a drink.”

Sykesville Station’s second theme is the one the Baughs play up more. D’Alan remarked, “Our main theme is ‘Bringing a Little Bit of Nashville to Sykesville.’ We play country music videos. We have live music every Saturday night. We call our menu ‘Southern-inspired.’ We have burgers and sandwiches, but we also have things like shrimp and grits, catfish nuggets, smoked meats, and so forth.”

Kim stated, “It’s all about the experience here. All of our drinks are named after country songs, for instance. We try to do things that bring people together. We have trivia on Mondays, ‘Shuckin’ Tuesdays where we have oysters, Wednesday is our special wine night. Last year on St. Patrick’s Day, we had a bagpiper and Irish dancers. Tomorrow night [this interview was conducted in late January], we are going to have a Prohibition-themed murder mystery. Each December, we also have a celebration of the repeal of Prohibition.” Customers and staff are encouraged to dress up in Roaring ‘20s-period clothes.

After running the former Baldwin’s Station on the site for over two decades, owners Ridia and Stewart Dearie sold the establishment to the Baughs in June 2020. Yes, during the absolute height of the pandemic. The husband-and-wife team were able to start some extensive, but very much needed renovations during the time when restaurants were largely closed. 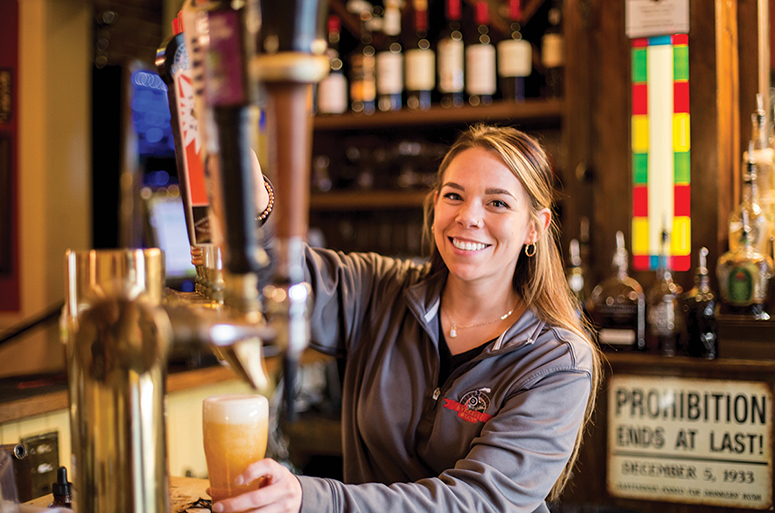 D’Alan recalled, “We modernized it the best we could. We shut the place down for a couple of months, renovated it, and then reopened Aug. 1, 2020. We converted it from what was a fine dining restaurant into more of a family-friendly, dog-friendly, outside patio-type establishment.”

The Baughs soon found they had an advantage with the Station’s plethora of outdoor seating. According to Kim, “Since this used to be a train station, we still have the platform where people used to walk out and get trains. It runs the full-length of the building. It’s covered and seats just under 100 people. We were able to keep safe those customers who were afraid to eat inside. They could sit outside, and that’s honestly what saved us through the pandemic.” It doesn’t hurt that the view of the South Branch of the Patapsco River from the platform is both beautiful and relaxing. 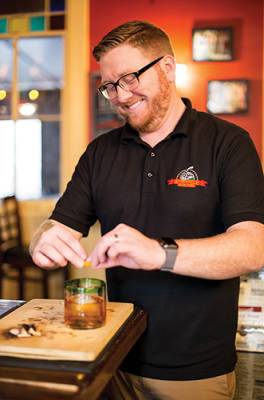 D’Alan added, “A lot of the places near us also decided that the coronavirus was more dangerous after 10 p.m. and closed at that time. We stayed open later than that. Not only did locals keep coming in at 11 or 12 o’clock at night, but so did a lot of the people who got done with their work in the restaurants near us.”

Top-notch beverage service has been a focus from the get-go. Sykesville Station has also become known for its high-end bourbons. It’s also one of the few bars and restaurants in Maryland that has its own microbrew beer on tap, a Pilsner called Beer Goggles. And, as mentioned earlier, the specialty cocktails are all named after classic country songs, including: “Rhinestone Cowboy,” “Red Neck Woman,” “The Gambler,” “Fancy,” “Girl Crush,” and “Guitars & Cadillacs.”

T.C. Currence, Sykesville Station’s general manager, noted, “We have two different bars. The first one is when you walk in, and it’s well-stocked with our premium bourbons. When it gets warm out and even in the wintertime, we have an outside bar. We try and appeal to a lot of people. We’ve become known in town as the ‘events place.’”

Indeed, a lot of seniors come in during the day from nearby retirement communities. The Baughs and Currence refer to them as “The Lunch Bunch.” In the evenings, Sykesville Station draws a lot of local families and couples out on date nights. And there is also a loyal bar crowd that comes even later.  Currence said, “We have been a release for people who’ve been tied up in their houses. We became known as a place where you could forget about the pandemic for a little bit and just have a good time.”

Customer service has also endeared Sykesville Station to the local community and beyond. The Baughs often go around to tables and get feedback from their customers. Kim proudly stated, “I get a lot of people saying essentially, ‘Your servers are great!’ And I answer them, ‘They have to be, or they can’t work here.’ We have a sign hanging upstairs in what we call our ‘Team Room’ that says, ‘Work Hard and Be Nice to People.’ Those are two simple things that a lot of people just can’t do.”

D’Alan believes it’s all about taking care of one’s employees. He has personally drawn on his many years working in sales to guide how he treats the people working for him and his wife today. “I’ve worked for a number of business owners,” he said, “and some of the most valuable lessons I’ve learned from those guys is what NOT to do! One guy I used to work for would say all of the time, ‘How much mileage do you think we can get out of that guy?’ Well, how about if we do a great job taking care of him and maybe he’ll want to work hard here and do his best job for us?!”

And if you have a staff that is doing a great job, it makes it easier on a certain husband-and-wife team. Kim, indeed, stresses the importance of delegating. “You can’t do everything yourself,” she said. “So many businesses fail where the owners felt they just had to do it all. Put the right people in place . . . and then get the heck out of their way!”