R.I.P. Joe Stanley: A Winner in Life and in the Beverage Business 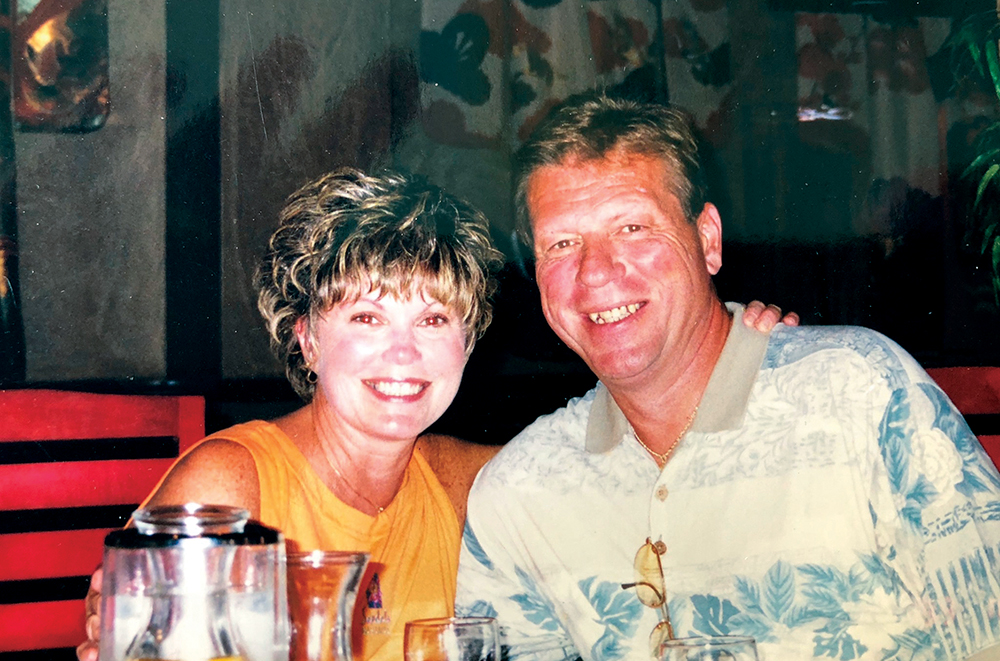 Joseph "Joe" Stanley, the former Vice President of Sales and Marketing at F.P. Winner, passed away July 18, just four days shy of his 71st birthday. And everyone I talked to who knew him told this journalist the same thing, "Don't make your tribute article a sad one. Joe would HATE that!".

So, I'm not. This article will only briefly mention his stroke in 2008 that forced him into early retirement. Instead, it's going to focus more on the people he touched, the careers he shaped … and the time he nearly ate 50 pot stickers at Oriole Park at Camden Yards!

Throughout the 1990s, Stanley and his longtime friend and colleague Larry Brookman would go to every Orioles' Opening Day. One particular Opening Day, they and a group of F.P. Winner employees sat around talking old movies. Guys being guys, they discovered a mutual admiration for "Cool Hand Luke," specifically the scene where Paul Newman's title character was dared to eat 50 hard-boiled eggs.

Brookman recalled, "So, we finish lunch at the Camden Club and Joe calls over the waitress and tells her, 'Bring me 50 pot stickers!' We'd been [there] all day, and we start making bets as to whether or not Joe can finish 50. Joe gets his first plate of pot stickers and downs 10 in no time at all. He gets down 20 with no sign of stopping. At 25, he starts to slow a bit. Some of us are doing our best George Kennedy, rubbing his stomach and jaw to help get more down. I remember the number. He got to 38, and he said, 'That's it! I can't do anymore … but, uh, could you bring me two large Guinnesses to wash these things down?!' The Camden Club went crazy. He was larger than life!"

Stanley's brother-in-law, Kenny Irwin, used that same term when describing the man. "He had a larger-than-life persona," said Irwin, who's also been in the business most of his adult life. "His heart was in the on-premise side of the business. That's where he cut his teeth, and that's what he taught me when I came in. I spent my whole life on the on-premise side, and he sure opened doors for me. I've had a pretty successful life, and I attribute that to him."

Stanley started at Milton S. Kronheim in Washington, D.C., as a salesman in the early 1970s, eventually working his way up to vice president status. His ambitions brought him to F.P. Winner where he was given even more responsibility. One of those who worked closest with him was Amedeo "Emery" Coccia. "I was Joe's Spirit Brand Manager at F.P. Winner," he said. "We had three brand managers, a spirits manager, a wine manager, and a beer manager."

He continued, "Some of my favorites memories were Joe and I getting together once or twice a week in his office after hours  We'd just pick each other's brains and come up with strategies for different brands. He and I had the same thought process. We'd get a LOT accomplished."

Of course, Joe Stanley's greatest collaborator was his wife, Pam. In speaking with her, she had more insight into Joe away from the job. One of his passions was coaching basketball, football, and Little League baseball. "He loved coaching kids," she said. "There were so many stories at Joe's funeral about how he got some of his former players into the business. You'd hear about this once-cocky kid that Joe saw something in at 18, and that kid would go on to have this great career."

So, how would Joe Stanley like to best be remembered. Each of those interviewed had their thoughts. Coccia remarked, "I think he'd like to be remembered as the kind of guy who worked hard and put 100 percent effort into the brands we represented being successful."

Irwin stated, "He'd want to be remembered as the type of person who supported his workforce. Joe thought of this industry as a fraternity, a brotherhood. When people would get let go from a wine company or a distributor, he'd tell them, 'This business will not let you down. It will recycle you and keep you in the fraternity.'"

"He'd like to be remembered for always making a difference," added Brookman, who grew up with Stanley and knew him the longest. "Joe didn't have quit in him. He was a great athlete. He was always the guy that wanted the ball for the final basket or to run that last play as the QB. He knew the game was best in his hands."

But Pam Stanley summed up her husband best: "I put this on his prayer card. He would like to be remembered as an 'afterglow.' He welcomed everybody, and he would always want everybody to have one last drink with him … and one last drink for him. So, cheers, Joe!"