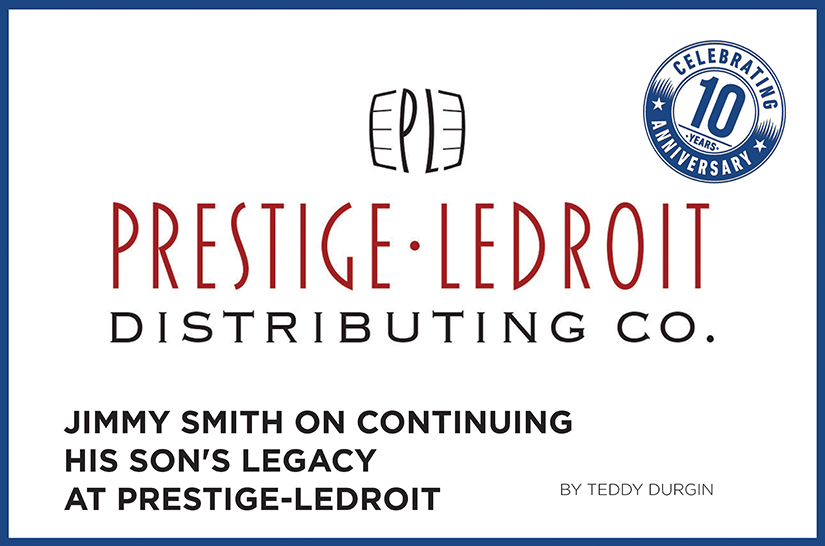 It was 10 years ago that the late Joey Smith left a thriving career in Florida commercial real estate to return to his home state of Maryland and form Prestige Beverage Group (PBG). Smith did not live to see this decade milestone. Sadly, he passed away from
lung cancer at the age of 33 in April 2016. But even in his last weeks, he put a plan
into motion that would ensure the long-term viability of his business.

About two years prior to his death, Smith began exploring the possibility of a merger with Ledroit Brands. He and Michael Cherner, who was then a managing partner at Ledroit, realized they had a similar vision. They also recognized the potential for increased market synergy. At the time, PBG was focused on the Maryland, Delaware, and D.C. markets, while Ledroit covered the District of Columbia exclusively. Their belief was that by combining the two firms, it would allow them to more effectively serve their customers and suppliers in all three markets.

After Smith’s death, his father and area beverage legend Jimmy Smith stepped in to help complete the merger and see that the newly formed company launched properly. Smith was determined to cement his son's professional legacy. He still is as Prestige-Ledroit's Chairman. "I had planned to be retired by now," he said, in a recent sit-down interview with the Beverage Journal. "But, instead, I go to work every day, five days a week, and I look forward to it. My goal is to cement Joey's legacy by growing his vision. That's what I'm all about. In a way, it's like I am starting all over again … and I love it!"

It's quite the family legacy.

"Joey was always interested in the industry," Jimmy recalled. "He grew up around the business, and he was always reading about wine. He was fascinated by the personalities in the industry, but he never expressed a desire to work in the industry. He just liked to read about it and so forth. In early 2009, he got a call from the guy who was running what was then Chesapeake Beverage. That man used to work for me, and he asked me, 'I think the company's going to be sold. Do you think Joey would be interested?' Joey was in Florida at the time and working in real estate. But he was on a plane the next day, and he bought the business"

He continued, "He got his own financing. He did everything on his own. It was like his passion for this business was locked up inside of him and got let out. Even when he was sick and he was getting treatment, his energy was through the roof. It was contagious! To be honest, he revitalized my interest in the business. He'd call me at the end of most days and talk about his work. And he would be so excited talking about the industry. He'd go on and on and on."

Joey Smith, who was a 2001 graduate of Boys Latin High School and a 2005 graduate of Tulane University, clearly learned firsthand from his father and grandfather about customer service and professional camaraderie in the distribution business. His whole operational philosophy became centered around matching customers with products that fit their needs.

According to his father, "he believed his No. 1 asset was people. He treated every account as an individual account. He always preferred focusing on the people over the product. It had to be a good fit. What was good for one account might not be good for another. He would try to individualize every account and their needs, and he never wavered from that philosophy. Even with suppliers, whether they sold him $1,000 worth of product or $10,000 worth, he treated everyone with the same amount of respect and gave them as much time as they needed."

His belief was when salespeople focus on the needs of the people they are selling products to rather than on the products themselves, everyone ends up benefiting. "There wasn't a product that came in the door that Joey didn't hold educational seminars about and made sure the staff knew the story, that they knew the history of the supplier, so that when they went out they could impart that knowledge to the customer."

And then there are the successful products that Prestige-Ledroit represents. Instead of zeroing in on a particular style of winemaking or focusing on niche producers, Prestige-Ledroit represents a wide array of styles and regions from around the globe, focusing on wine, spirit, and beer producers -- everyone from Four Roses Bourbon in Kentucky to Heitz Wine Cellars in Napa Valley to Singha in Bangkok.

"He knew what was coming with the craft spirits," Jimmy Smith said. "We all in the business could see it, but Joey had a real vision. He would say, 'This is where the next chapter of the business is going.' He wanted to develop the spirits along with the wines, and our portfolio reflects that now. It's a very well-balanced portfolio."

Prestige-Ledroit is based in Elkridge, Md., and also boasts offices and warehouses in Newark, Del., and in the nation's capital. In total, Prestige-Ledroit represents more than 750 products from over four dozen suppliers. And by making smaller, more frequent shipments to its on- and off-premise accounts coupled with pairing new products with specific buyers who have a market for them, Prestige-Ledroit has proven it can move bottles more efficiently for all concerned. 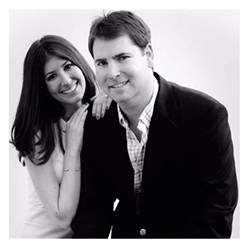 Smith believes his son would be proud of what his dad, Cherner, and their combined staffs have been able to accomplish. "Joey was my hero," Smith stated. "He started a business, he got married to a wonderful woman named Natalie, all while he was getting cancer treatment for many years. And he never complained and never asked 'Why me?' He just did his business. He'd get up when he felt well and be here. Even if he didn't feel well, he would be at work. People didn't really know how sick he was during that period from 2009 to 2016. But he overcame that."

The elder Smith went on, "He was a great people person, too. He had a presence about him when he walked in a room. And he was always in control. Highs or lows, you could never tell. That's what they say about the great athletes. Winning or losing, you can't tell. Joey was also about giving back to the community. He tried to raise money for lung cancer research. And he never missed a family event. Besides the business, he was driven by a sense of family, service, and community. And he picked suppliers that were family-owned. He wanted that sense of family that sold products that reflected his values."

And to celebrate the 10th anniversary of the younger Smith making his triumphant debut in the beverage business, his father and colleagues have a couple of special events coming up in late November. "On Friday, Nov. 22," he said, "we are going to have at a private restaurant club in Baltimore a celebration with senior management. And then on the 24th of November at the warehouse, we're having an open house for every employee and their families. There will be moon bounces for the kids, food, it's going to be a lot of fun and we're hoping everybody will be there celebrating."

Those who knew Joey Smith best almost uniformly express confidence that he would have loved how his company has grown and flourished, especially post-merger with Ledroit. No one is more confident of this sentiment than his dad. "I didn't meet Mike Cherner until after my son's funeral," he concluded. "But I told him that Joey's wish was to put the two companies together, which we did in August 2016. Every day since, I know Joey has been here in spirit and I know he's been smiling, because we have been fortunate to grow his business, adding more people, and I know he's just smiling and loving it. I don't think there is a day that goes by where I don't talk to a supplier who says, 'I knew your son, and I hope you don't mind me talking about him.' And I just smile and answer, 'No, I don't mind. I love to hear all the stories!'"