Pickles Pub: What the Great Reopening Looks Like in Baltimore 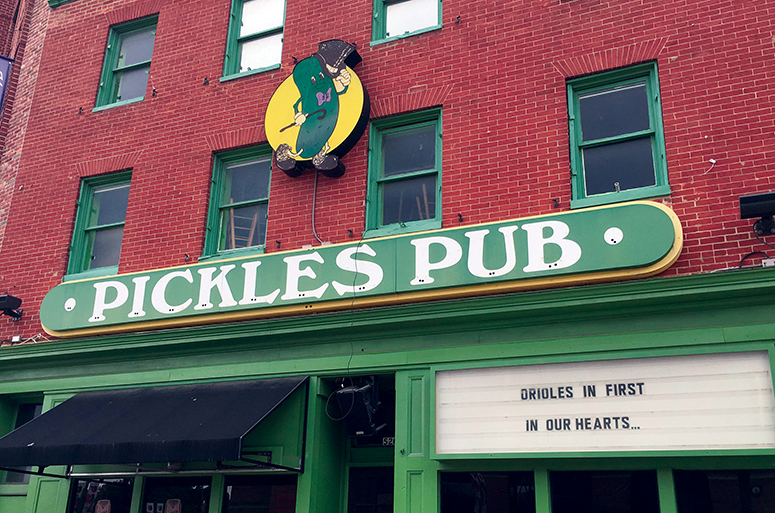 Pickles Pub is a family-friendly, game-day institution that has been serving classic pub fare since March 1988. Located across from Oriole Park at Camden Yards and near M&T Bank Stadium, it has become a Baltimore favorite among Orioles and Ravens fans, tourists, and downtown regulars. Bustling and teeming with customers before the pandemic? For sure. Empty seats and tables during the pandemic? Co-owner Tom Leonard and his staff had to pivot greatly.

“Because we have a good brand name and we’re right across from the ballpark, the business always came to us,” he said, during a recent Beverage Journal interview. “Our whole business acumen was ‘How can we maximize this?’ and ‘How can we get more people in here and make them happy?’ Online ordering, having a social media presence, and all of that stuff – we did it, but it was an after-thought. When the pandemic happened, we didn’t transition incredibly well, because we thought like so many others, ‘Oh, by the latest, things will get back to normal in June or July.’” 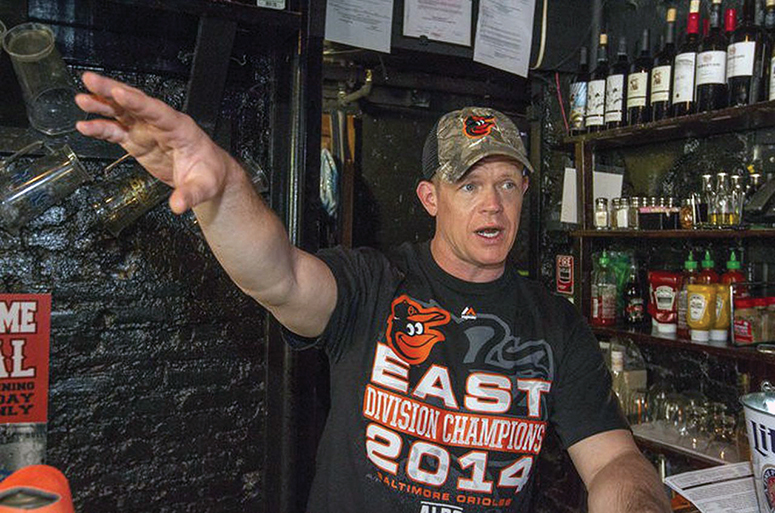 He continued, “We had to up our online ordering game and our social media presence! Once you’re behind on that, it’s hard to catch up. We’ve updated our website twice, but so has everybody else. We’ve improved our online ordering system, but so has everybody else. Places like Jimmy’s Seafood, which had online ordering and mobile food trucks before the pandemic, were much more ready for it. Places like ourselves, we not only had to deal with paying the bills and keeping the staff engaged while working very limited hours, we also had to play catch-up.” 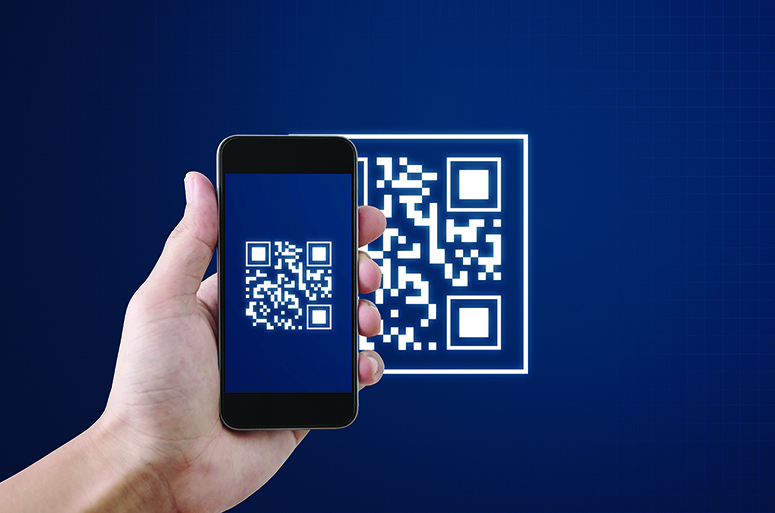 From out of hardship, though, came invention and a willingness to try new things. “The great thing has been the increased use of QR codes,” Leonard declared. “We can now change menus quick and automatically. If we’re out of a beer or a [food option], I can jump on my phone or my computer and change the menu on the online format, upload it to the QR code, and done! People then just scan the codes at the table, and – BOOM – updated menu. It was a tool that had been there for a while for us to use, but we were just too old school. Now it’s here to stay.”

And now with the “Great Reopening” taking hold even amid the COVID-19 variants, Pickles Pub is welcoming back customers . . . sometimes in droves. “It’s been 100 percent better than last year without a doubt,” Leonard acknowledged. “A good metric for us is stadium attendance. The Orioles are probably averaging – what? – 8,000 a game? Camden Yards can get up to 47,000. So, it’s a pretty small number. But, for us, the dollars spent by people going to the games are the highest they’ve ever been! From that metric, we’re doing well. People like our outside seating. It’s more important than air conditioning. And there’s a lot more table service in what we’re calling the post-pandemic era. We probably have more staff now than we did in 2019.”

Leonard further observes the changes in Pickles Pub’s clientele. People are different now than they were prior to March 2020. “That middle person doesn’t exist anymore,” he said. “It’s either, ‘I want incredible service! Give me everything I want and then some!’ or ‘Thank you SO much for being open! We’re here to support you. We’ll over-tip, and we don’t care if it takes longer to get food and drinks to the table.’ It’s literally those two things. The middle customer, I suppose, is our die-hard regulars who were set in their routine, and they’re just so happy their routine is happening again.”

Through it all, Leonard has had to keep a steady hand at the wheel. It hasn’t always been easy, of course. But he’s hopeful the worst is over. “My partner and I are really vested in the business,” he concluded. “We own the building. So, there was no way we were going to fail! It was the same thing as, ‘Hey, are you gonna lose your house?’ ‘No! Where would I live?!’ The big revelation that we had going through all of this was . . . we really, really like what we do! Because it definitely tested every color of our rainbow. There wasn’t a single thing that didn’t come into question during 2020. We had to deal with supply shortages, staffing issues, when you could do business, how you could do business, increased inspections. Every protocol, every procedure – everything you could imagine – was tested to its limits. And I think we’ve passed.”