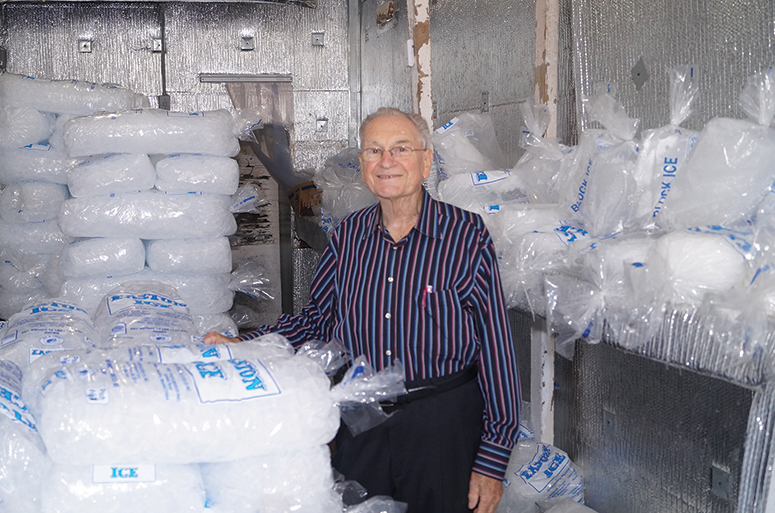 In his 93 years, Peter Frank has witnessed Prohibition, the Repeal of Prohibition, a World War, Space Walks and Moon Walks.  For much of his time he has been an active member of the beverage alcohol business. In fact, he holds the distinction of being the longest living director of the Maryland State Licensing Beverage Association (MSLBA) board.

What’s his secret?  “I’m not retired,” he said, during a recent interview with the Beverage Journal. “But I think it’s important that when people do retire, they at least get into volunteer work. They need to keep active. If they don’t keep active, their mind will go, and then their body will follow. Not me! I’m 93 and I’m still pretty active. You have to stay with it. And to stay with it, that means keeping up with everything.”

Keeping up is a big part of his job as President of Montgomery Ice, which operates Talbert’s Ice and Beverage Service in Bethesda. He is not at the store every day anymore. His daughter, Toni Levin, handles the day-to-day operations. But he still can talk shop with the best of them. 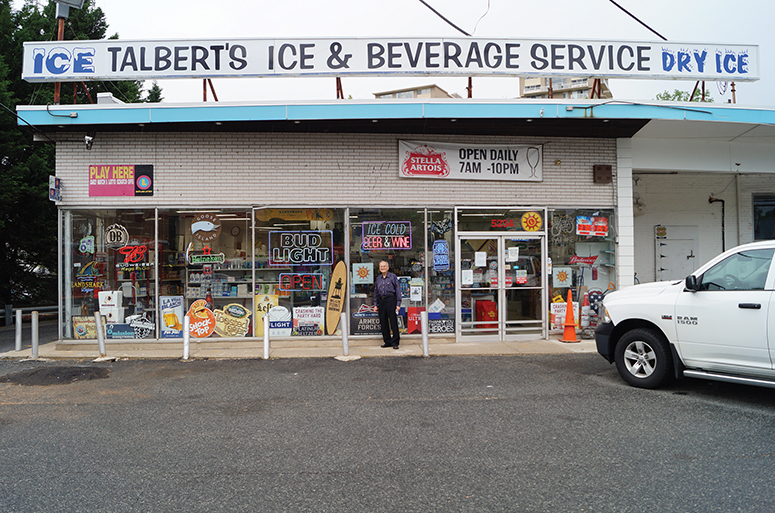 “Our core customers stretch from Potomac to Northwest Washington, D.C.,” he said. “It’s a very high economic area. That means we need to carry the very high end as well as the low end in both wines and beer. We used to not carry as much high-end product, because there wasn’t the demand. But over the years, the variety of wines has dramatically changed. We now carry a wider selection than we ever have. For the longest time, we had no more than 50 SKUs. Now, we probably have about 250 in beer alone, and it changes from day to day.”

Frank has been with Talbert’s from its 1955 beginnings. It was founded that year as a wholesale ice business. In 1958, he and his partner purchased a business in Bethesda that delivered beverages – at that time, just soft drinks -- to people’s homes. That same year, Talbert’s was able to transfer a local beer and wine license. In 1961, an expansion added a beer and wine convenience store, and Talbert’s has been a landmark in Montgomery County ever since.

Today, beer and wine sales have made up for a wholesale ice business that suffered mightily during the pandemic. “A large part of our operations has been supplying restaurants, hotels, and country clubs,” Frank noted. “Our corporate accounts have also suffered. We virtually shut down at the beginning of the pandemic.”

Fortunately, Talbert’s beer and wine clientele have indeed remained loyal. So, what characterizes a typical Talbert’s Ice & Beverage Service customer? Frank was quick to answer. “Our customers have gotten smarter about their beverage choices,” he said. “But most just go with the flow. They go with what they see advertised. The more astute wine drinker buys wines in anticipation of the product, or the vintage.”

It’s the customers that keep him going more than anything. Frank has been service-oriented all of his life. He doesn’t know any other way to be. “I still love that we’re able to have what the customers are looking for,” he declared. “They don’t have to spend a long time shopping in our place. Most people come in and out within, I’d say, four minutes. We’re also one of the largest lottery agents in the county, although that does not automatically translate into beer and wine sales. Lottery customers generally buy lottery tickets and nothing else. But we cover a need. We also still deliver beer and wine, and people love that.”

The other thing that keeps him going is the industry camaraderie. He is particularly proud of his ties with the MSLBA. “I think membership in the MSLBA is very important,” he stated, “because it is a very astute lobbying group in the state capitol. It has proven over the years to be strong in helping maintain the three-tier system and representing the individual licensees in the state.

He added, “MSLBA has kept the state government from overreaching into our businesses. They’re very good at understanding the problems retailers in Maryland have. They’re trying to prevent the extension of alcohol sales to grocery stores. They do this by engaging with the legislators. Lacking that, our businesses would suffer greatly."