Jaskinder Gill is an American success story. After coming to this country from India, he became active in the restaurant business and worked within the industry for the next 25 years. In 2016, Neal Dicken and his father were looking to sell Party Time Liquors in Mount Rainier. Gill leapt at the opportunity.

"One thing I want to always make sure of is that we are fair to people," Gill said, during a recent interview with the Beverage Journal. "Be honest with your customers and with your employees. And if you do that, I think you will have a lot of success. When we bought this store in 2016, many of the [staff] had been there for 20-some years. They're still with us now. The most recent hire we've had was two years ago. People stick with us."

Party Time Liquors has been in business since 1976. But the store had never seen a year like 2020. Gill decided early in the crisis to meet the challenges of the pandemic head on, even recruiting some of his competitors to join him in an impressive community outreach effort.

"COVID-19 began really affecting people in our business back in early March," he recalled. "Everybody got scared. We didn't know what to do. I decided to talk to two of my neighboring stores and I said, 'This is the time we need to do something for our community.' They agreed. We decided to call four of the mayors closest to our city of Mount Rainier [including Brentwood and Colmar Manor]. We told them we wanted to help as much as we can. They were very excited and assigned their police chiefs to talk to us directly and figure how to deliver various products to our community. Everybody was very helpful." 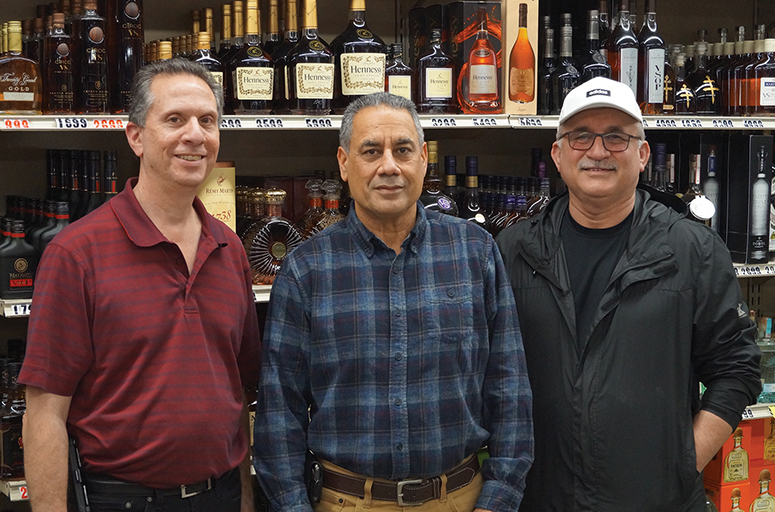 Together, Gill and his colleagues donated everything from thousands of masks to gallons of hand sanitizer. The police departments helped in the distribution. Gill remarked, "When crisis occurs, people often don't know where to start when responding. God gives us the wisdom, though, and that's why it was very important to get in contact with local leaders. It was good to find them so excited for our help."

Community service is very big with Gill. His store services a largely blue collar clientele with affordable prices, money order service, an ATM machine with low fees, and more. At the same time, he and his staff have realized the changing taste profiles of younger consumers, who are accounting for an increasingly larger share of Party Time's customer base.

"We recently remodeled the store," he noted. "The new drinkers are very different from the Baby Boomers, so we now offer more craft beers and high-end liquors. We've reorganized the whole store to appeal to our current customers, but also to make sure we don't lose future customers."

Perhaps the biggest source of assistance for Gill and his business throughout COVID-19 has been the Maryland State Licensed Beverage Association. "The association keeps us up on all of the issues," he said, "especially with the big chains trying to come in and eliminate the small businesses. MSLBA has been standing in their way for years, and I have no doubt they will continue to work hard so that small businesses will be taken care of."

Gill has been so moved by the association's efforts that he became a County Director for MSLBA.  "It was important to not just be a name member, but to also do something," he explained. "We have recruited many new members. We've gone store to store to make sure everyone is aware of the MSLBA and how it's the key to our success for the future."

Looking to the future, Gill says he is mostly hopeful heading into 2021. He feels like his county and industry have been through the worst of it, and that the pieces are in place for an eventual return to normalcy. He concluded, "I think the outlook is good. I'm feeling positive that the new President is mature enough to take us in the right direction. The recovery is going to happen. I've been in this country from India for 35 years now. Every time something bad has happened, people have always gotten together to figure things out."