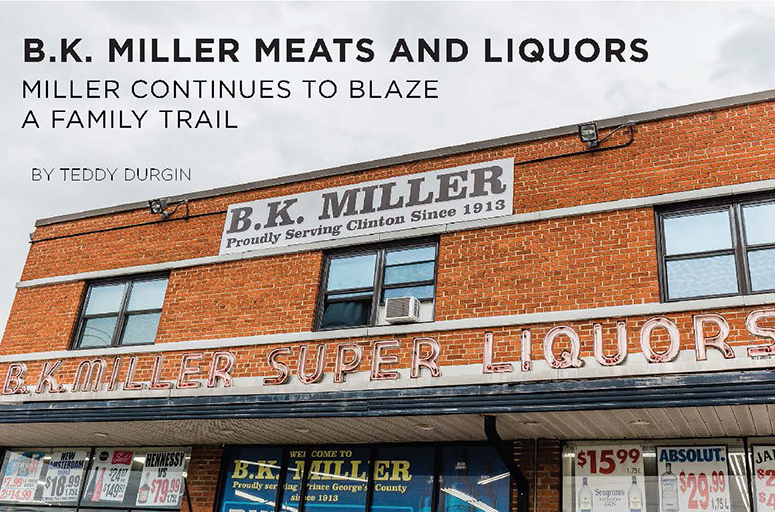 There is a special kind of pressure that comes with running a legacy business, a family business, a business that has been in operation in one form or another for over 100 years. Many people aren't able to handle that pressure and cash out. The Millers of Prince George's County are a
different breed!"

In 1913, B.K. Miller Sr. opened a general store in Clinton, Md., across from where B.K. Miller Meats and Liquors is located today. Over the decades, that store sold everything from groceries, meats, and lottery tickets to clothing, building materials, and even coal. At one time, it was a beer distributor.

Current proprietor Blaise Miller III remarked, "My father and my uncle owned the store after my grandfather. My cousins and I have since owned it. I am the third generation. And my son, Colt, has worked here now for 20 years, and he's fourth generation. I actually have my cousin's grandkids working here, and they're fifth generation. We just try to run the business the right way and do right by the community."

He continued, "I'm very proud of our family and what we've done in the town of Clinton. We've changed with the times. We were a grocery store around 1970, and then Giant Foods came to town. My father and my uncle said, 'Hey, we have to change, because we're going to get killed by these chain stores. So we became B.K. Miller's Super Liquors. We just kept a little part of our meat business, which we've grown a lot over the years. But we're still the little store on the corner in Clinton." 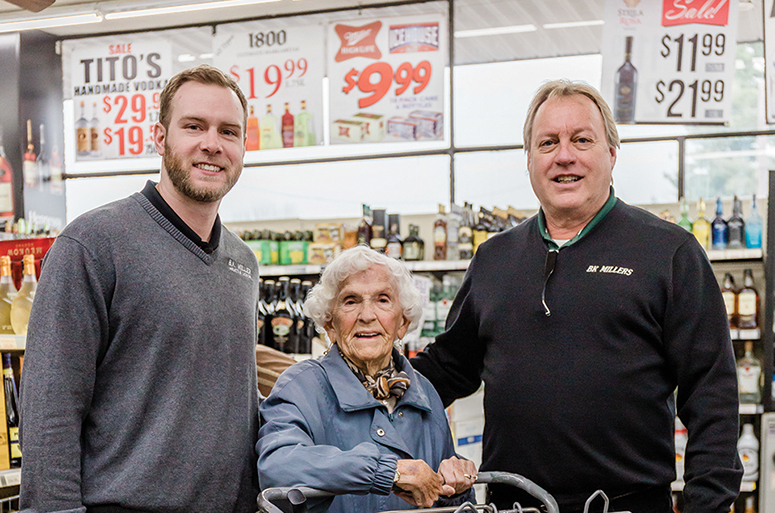 Generations of Millers: here's Blaise with his son, Colt Miller and his Aunt, Mary Ann Miller.

So, what's the real secret to staying in business now well past the century mark? Miller was quick to reply: hard work! "It's nothing more complicated than that," he said. "A lot of people might think, 'Blaise, you're third generation. You're very lucky!' But each generation has worked their tail off to keep this store open and a success. What it is is we've had the opportunity to work since we were kids. I worked at the store when we were a grocery store when I was six years old! My son and my daughter both worked here when they were 12 years old. We've all grown up saying, 'Yes, sir' and 'Yes, ma'am.'"

That's not to say there aren't any special challenges to running a business like B.K. Miller Meats and Liquors. There are. "I have 48 employees," Miller said with a slight laugh, then adding, "and that means I have 48 personalities! Fortunately, they're all good. Two of them have been here 60 years and worked for every generation!" 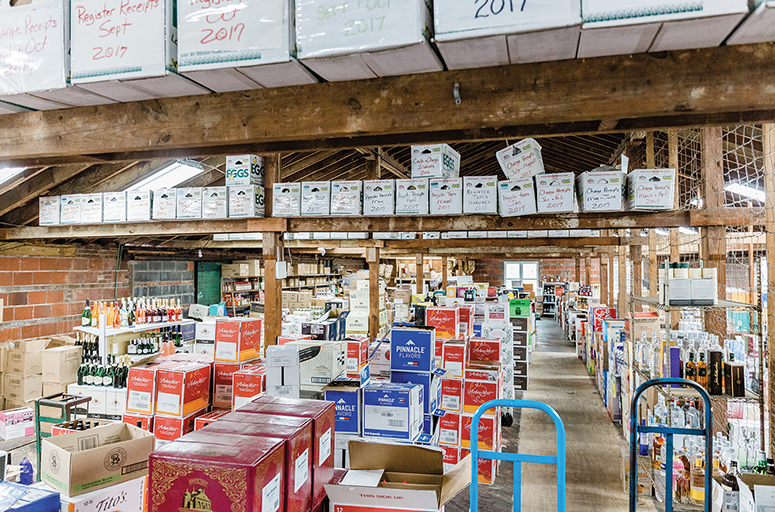 In addition to the service he gets day in and day out from his dedicated staff, Miller has succeeded by being one of the more politically active store owners in the state. A proud member of the Maryland State Licensed Beverage Association (MSLBA), he has been at the forefront of both championing and combating legislation that affects Maryland's beer, wine, and spirits trade. He pays especially close attention to any new bills that target small businesses.

At the time of this interview in early March, he declared, "It looks like we've defeated House Bill 291 for the year! That would have allowed beer and wine to be sold in grocery stores. We worked very hard to get that knocked down. Half of my alcohol sales are beer and wine. I'm sure if the chain stores could sell them, that would greatly affect my business in a negative way. But I'm sure the issue is going to come around again. I've been around a long time, and there's so much pressure on legislators from chain stores who say, 'We're not going to make it without beer and wine.' But we all know they're very successful. And most aren't based in Maryland."

He now hopes for calm in Annapolis, at least for a while. "We've all invested our money with the laws the way they are. Things are working. Let's leave 'em alone!"

But there are always challenges to deal with in the state capitol. And that's why MSLBA membership is so important. Miller touts, "Membership in MSLBA keeps us up on what's going on. We send newsletters out that tell you what's going on. MSLBA has a regular crew who show up monthly in Annapolis for meetings. If you're a member, you're going to hear from MSLBA more than anyone else on what's important. Let's just say a lot of this stuff that we deal with? It ain't in the papers every day."