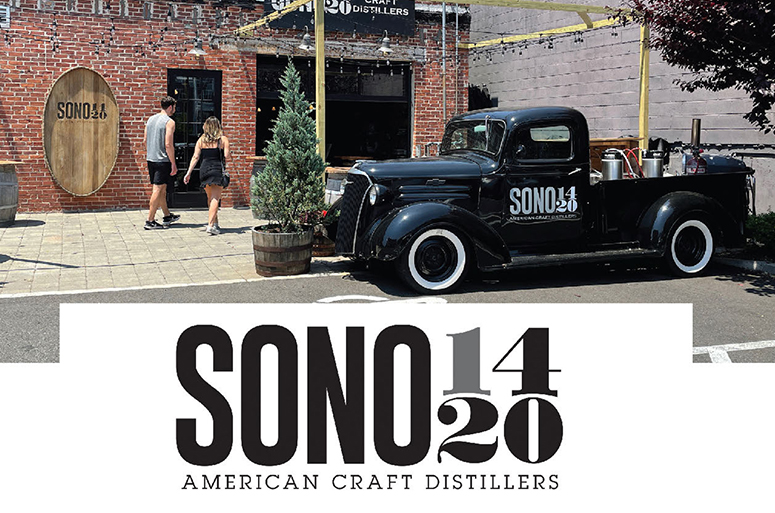 Hitting store shelves in Maryland and Washington, DC, is a line of whiskey, gin, and other spirits under the SoNo 1420 brand. What makes this line of premium spirits that includes names like 1420 BBN and Blaze Whisky stand out? They are the products of America’s first distillery to incorporate hemp seed in its whiskey mashbills.

SoNo 1420’s founder is Ted Dumbauld, a rather remarkable man who first got a taste for Maryland and all it has to offer when he attended the U.S. Naval Academy in the early 1980s. In his career, he has gone from serving our country as a submarine officer to earning his MBA from the Massachusetts Institute of Technology (MIT) to working on Wall Street for two decades at such powerhouses as Deutsche Bank and Bear Stearns.

Dumbauld eventually launched his own hedge fund and money management business, which got him involved in the lucrative medical cannabis business as an investor and operator. In those states that would come to legalize cannabis, his research showed there was almost always a corresponding drop in beverage alcohol sales. His vision became to launch a new company that would be a nimble competitor, “at the intersection of cannabis and beverage alcohol.” 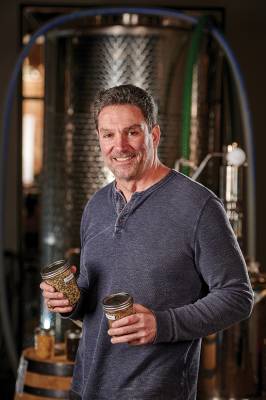 That essentially was how SoNo 1420 was born. First, though, Dumbauld taught himself how to make whiskey. He bought a still and had it installed in his basement. He eventually developed a rather unique flavor profile, stating, “We’re making standard bourbons, whiskey, and rye. But rather than using traditional grains like wheat and/or barley, we’ve substituted in some hemp seed. That created our unique flavor profile that has given us a way to distinguish ourselves from a marketing perspective and has won multiple awards.”

He continued, “The hemp seed has a different flavor profile. It has a nuttiness associated with it. You can find hemp seed at Whole Foods and a lot of health food-associated stores in its raw format. We don’t use the whole seed. We used what it is known as the ‘hemp heart.’ You crack off the hard shell and inside is this small kernel that has this nutty flavor. But in addition, it is an oil seed. When we do our mash in, our fermentation, and our distillation, a portion of that oil makes it through that process. After it has been aged in the barrel, you sample it and it gives you this fuller mouth feel. The oil allows the whiskey to coat your tongue, keeping those flavor molecules on your tongue for a longer period of time.”

And the company’s name? On Feb. 4, 1919, the Connecticut State Senate -- by a vote of 14 to 20 -- failed to ratify the 18th Amendment. This made Connecticut the first of only two states to defeat Prohibition. The distillery chose the number ‘1420’ as a nod to the revolutionary spirit embodied by this vote and to symbolize the rights of personal freedom for which the brand still stands today. The ‘SoNo’ pays homage to the distillery’s home in South Norwalk, Conn., and its storied past.

“Our Double Gold award-winning distillery in historic South Norwalk is a destination unto itself,” states Dumbauld. “A respite for you with a tasting room that’s open on Fridays, Saturdays, and Sundays with live music and rotating art exhibits. It is the place where innovation happens.”

Looking ahead, Dumbauld describes his firm’s focus as “narrow, but deep. Because of my roots in Annapolis and Maryland, it made sense to be down there. The state has double the population of here in Connecticut. So just the number of potential customers in Maryland is very attractive to us. We want the same penetration there that we have here in the Connecticut market. I think our products appeal to everyone.  There’s a market for rare, premium whiskeys in Maryland, and we aspire to be in those lofty levels.”

He concludes, “I am more of an engineer-type person. I don’t have a lot of marketing and sales experience. So, I have found you have to hire the right people then pound the pavement to get the product out there. In the spirits world, you have to have a great product. But you also have to know how to market and sell. What I am good at and what I love is developing new flavor profiles -- not just with our whiskeys, but with our gins and our ready-to-drink cocktails. The best is yet to come!”