Teddy is The Beverage Journal's top writer and feature columnist. 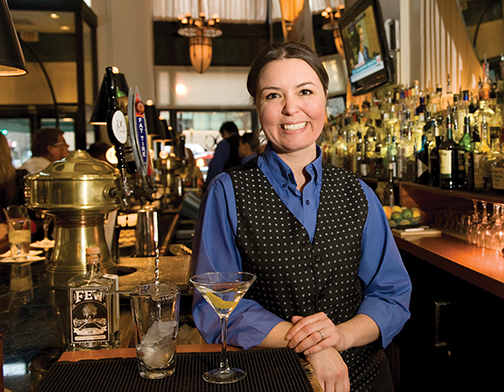 It's been eight years since Lauren Lowe made the move from the wilds of Michigan to Washington, D.C.  A part of her is still getting used to the transition.  "I lived in Michigan until I was 22," she stated.  "Needless to say, there is a thriving city life here in comparison to where I'm from."

Lowe has been part of that thriving city life for eight years now, specifically its bar scene.  Her first job behind the taps was at Chef Jeff's on 13th and F Streets.  She left there after about a year and a half to take a job at DC Coast.  She's been head bartender there for nearly six years now. 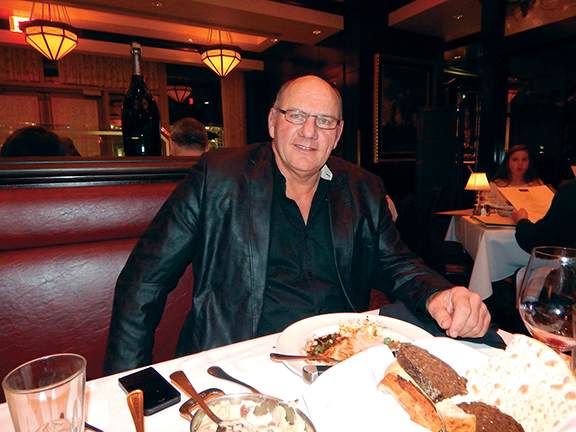 In the 1987 movie "The Untouchables," Sean Connery's Irish beat cop famously instructed Kevin Costner's Eliot Ness on the "Chicago way" to get Al Capone and his notorious gang: "They pull a knife, you pull a gun.  He sends one of yours to the hospital, you send one of his to the morgue!"

Well, if it had been Keith Kerkoff in that scene, he would have told the Prohibition-era enforcement agent, "Just offer 'em a bottle of Templeton Rye!"

Frank Jones: Front and Center at the Gibson 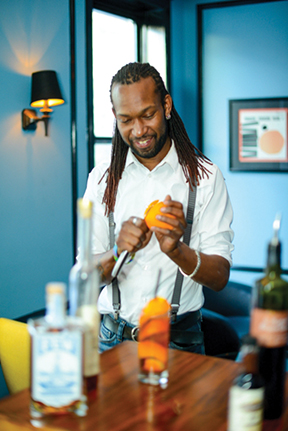 Frank Jones, bartender extraordinaire at The Gibson in Washington, D.C., is quick to list star mixologist Gina Chersevani among his first mentors in the business.  Chuckling at the memory of her early tutelage, he recalled, "Gina would always tell me that I was messy and slow!  What she was trying to get me to see was, as a bartender, you are constantly on display.  You don't really think of yourself as being part of the atmosphere, per se, but you are.  Unlike a server at a table, you can't leave your post.  You're stuck there, you're in a fish bowl, and they're watching you.  So, in turn, I've learned to be much more neat.  It's very important to always be aware of the fact that you are being watched and to bring some degree of elegance to the job."

Winner of last year's Artini competition at the Corcoran Gallery, Jones has been tending bar in the Washington metro area for a decade now. He started at the Poste Moderne Brasserie in the Hotel Monaco.  From there, he went to Ardeo + Bardeo, the Belga Cafe, and the Jack Rose Dining Saloon.  "Now I am very happy to be at The Gibson," he stated, "where I pretty much manage the cocktail program." 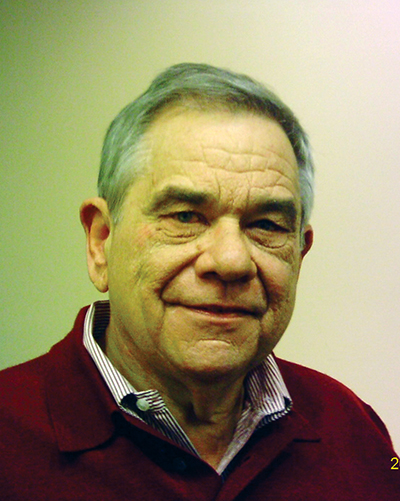 On Friday, Jan. 31, Republic National Distributing Co. (RNDC) held a luncheon at its Jessup headquarters in honor of salesman Mitch Laziuck, who has retired from the company after 42 years of service.  The event started at 11:30 a.m. and drew at least 200 RNDC staffers; customers; vendors; Laziuck's wife, Patty; and his daughter, Heather, and her husband.

RNDC Executive Vice President Gary Herd served as the emcee.  "It goes without saying that Mitch has had a tremendous impact on our company throughout the years," he stated, while at the podium.  "When you think about 42 years, that's a lifetime, and he's seen a lifetime of change at this company.  He has seen brands grow, and those are brands we all reap the benefits of today."

Joe Bozick: Bringing Up the Beer 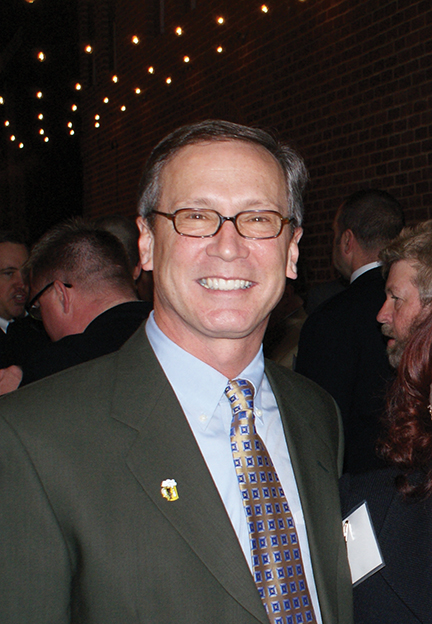 Joe Bozick owes pretty much everything he has to the beverage industry.  He currently serves as Vice President of Bozick Distributors, the Waldorf-based beer distributor his father, Peter, founded in 1959.  The job has brought him closer to his brother, Brian, who serves as company President.  Joe even met his wife, Cheryl, through the industry as she was a longtime employee of Boston Beer.  They've now been married for 21 years.

Bozick Distributors serves the Southern Maryland area of Prince George's, Charles, St. Mary's, and Calvert counties.  Among the major suppliers and brewers the company represents are MillerCoors, Heineken USA, Brown Imports, Boston Beer, and Pabst.  "I love working with everyone here," Bozick declared during a recent interview with the Beverage Journal.  "When Brian and I were growing up, everything was a lot more challenging in the sense that it was a struggle through the '80s and '90s.  We were in survival mode.  Back then, I really didn't have time to enjoy the people, because every day was a grind.  But now, everything runs smoothly and everybody does their job." 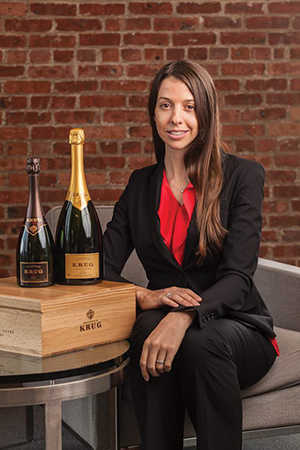 In January, Krug National Brand Director Dorothy Bakker visited Baltimore in advance of the much-anticipated release of the Champagne house's new vintage.  But Bakker was in town to do more than just pour bubbly and hobnob with the local beverage elite.  Charm City was her latest stop on a tour she has undertaken to spread the word that champagne should be regarded as so much more than just a special-occasion drink one has on New Year's Eve or after a best man's toast.

"Champagne is actually a great and incredibly personable wine," she declared, during a special luncheon at the Capital Grille's Inner Harbor location.  "It's no longer just something with bubbles for weddings or for toasting someone's retirement.  At Krug, we want champagne to be more than just a compulsory thing.  I think you can have it every day whether it's with a good burger and French fries or with a richer pairing like Parmesan Reggiano." 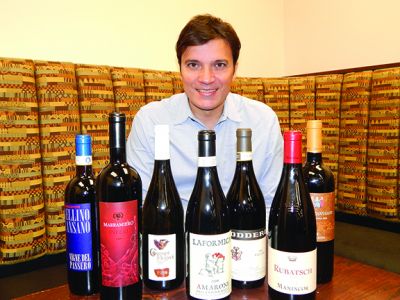 Maurizio Farro, founder of Cantiniere Imports & Distributing Inc., is a true American success story.  He even talks like a proud American, albeit with a way-cool Italian accent. He doesn't refer to the year he came to the United States as "2002."  He describes it as "the year after the Towers fell."  He didn't let the language barrier stop him from prospering.  He went to community college in Towson to improve his English ("I realized I had to not only learn the language, but be able to hear the people").  And when asked what his secret is for becoming his own boss, he answers: "If you come here to this country, you must come to work hard.  Otherwise, there is no reason to be here."

Farro indeed came to America in 2002.  "I come from a winemaker family in Naples," he said, during a recent interview with the Beverage Journal.  "My family has been making wine for decades.  Both of my grandfathers made wine, my father made wine, and so did my uncle.  There was always wine on the table.  . . . My father eventually didn't want to do the job anymore, and my brothers and I didn't follow in his footsteps.  It was my cousin, who was working for my father's brother, who kept the family business.  Today, I purchase his wine." 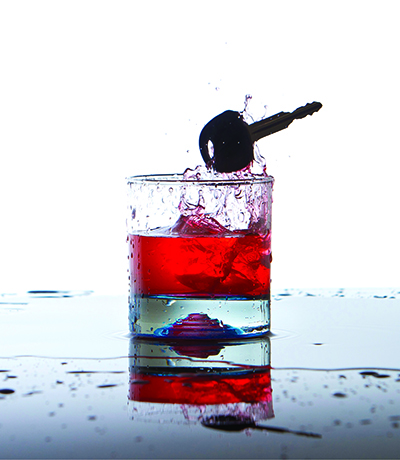 In every profession, there are some projects you work on that are just more "important" than others; projects that become less of a work task, and more a responsibility.  Into my lap a couple of weeks back fell a story about Reliable Churchill funding a new PSA (public service announcement) video for the R. Adams Cowley Shock Trauma Center at the University of Maryland Medical Center in Baltimore. Commonly known as "Maryland Shock Trauma," it's the place on the news where you hear people taken to or flown to when they have been in very bad accidents.  It's also the place where you as a parent do NOT want to get a call from in the middle of the night or anytime of the day or evening.

The executives and employees of Reliable Churchill know that.  In fact, management had been looking to do something along the lines of a video that was dramatic and immediate and real for some time.  The result is "Someone Like You," a 12-minute presentation that the company and Shock Trauma are hoping gets seen at every high school and in every Driver's Education class in the state.

A BEVERAGE BIZ Look Ahead at the 2014 LEGISLATIVE SESSION 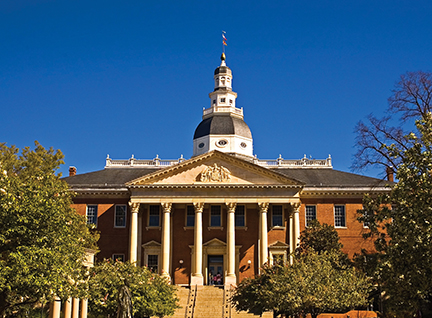 The next General Assembly Session is scheduled to re-convene in January, marking the last year of the current four-year election cycle in Maryland.  That means all 188 legislative seats in the General Assembly -- along with the Offices of Governor, Lieutenant Governor, Comptroller, and Attorney General -- are up for election.  In addition, for the first time in the state's history, the primary election will be held in June just 60 days after the Session's conclusion.

For beverage industry interests, this politically charged time represents an opportunity to become even more actively engaged than they have in the past.  The Maryland State Licensed Beverage Association (MSLBA), in particular, has no plans to sit idly by.  MSLBA President David Marberger comments, "It's not really politics.  You're just talking facts.  You're saying, 'These are things that I experience.  These are things I face.  These are challenges that we have to overcome.'  And these are challenges that your local politician may not be aware of.  At some point in time, there has to be a give and take.  If you want your politicians to listen to you, you have to listen to him."

"It is a industry that is endlessly exciting because it is 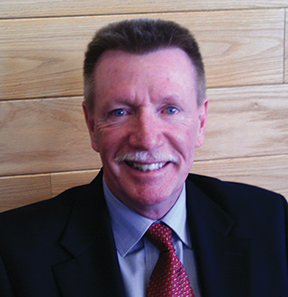 ever-changing and no two days are the same.  I've been in this business 37 years, and I bet I am going to learn something new today about the business that I didn't know yesterday!"

The industry Bill Burrill is speaking of is, of course, our beloved beverage biz.  And Burrill indeed speaks from nearly four decades of experience.  He started right out of college in June 1977.  Early on, this University of Baltimore graduate worked for Carlton Importing.  "When I was there," he recalled, "it was owned by McKesson.  Back then, McKesson was the largest wine and spirits distributor in the country and they also owned suppliers. So, I got some experience on the supplier side.  But after two years, I came back to the wholesaler side and have been in it ever since.  I've represented pretty much every major supplier, every major winery, and every major importer as well as many smaller ones.  I've worked in mostly Maryland, but also in South Carolina, Boston, and upstate New York. I've always been transferred back here. I'm like that bad penny. I keep turning back up!"

Today, he is manager of Republic National Distributing Co.'s Chesapeake Division, which encompasses off-premise accounts throughout the entire state of Maryland.  In that post, he represents such major suppliers as Pernod Ricard, Heineken, and Bombay Imports, among others.  He was brought aboard RNDC earlier this year after selling his interest in the Prestige Beverage Group.